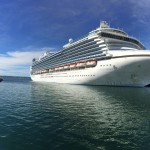 The Port of San Diego was recently named one of the five top cruise destinations in the United States and Canada by Cruise Critic, the world’s largest cruise review site. The recognition was awarded to the Port as part of Cruise Critic’s first-ever Cruisers’ Choice Destination Awards. The awards program is based on consumer ratings submitted with reviews on the Cruise Critic … END_OF_DOCUMENT_TOKEN_TO_BE_REPLACED 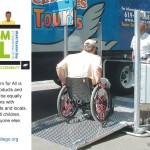 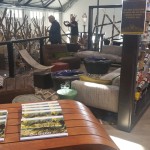 When an American craft brewery opens in Germany, a country with a proud brewing history, it’s a big deal. When it’s a San Diego-born company that dreams big and becomes the first American brewery to stake a claim in Europe, that's a really big deal. The San Diego Tourism Authority was proud to support our local brewers at the grand opening of Stone Brewing World Bistro & … END_OF_DOCUMENT_TOKEN_TO_BE_REPLACED

Four industry leaders have been elected to serve on the FY 2017 San Diego Tourism Authority Board of Directors. Their two three-year terms will commence on July 1, 2016 and end on June 30, 2022. The SDTA Board of Directors consists of 30 Members which includes 15 accommodations Members and 15 industry/non-industry Members.  We look forward to their leadership and insight in … END_OF_DOCUMENT_TOKEN_TO_BE_REPLACED 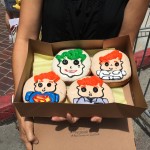 With Conan O’Brien returning to San Diego for four live shows from Comic-Con International, the SDTA welcomed Conan to San Diego in style. We gathered a few San Diego necessities – including local craft beer, some locally-made home goods, beach gear, and an entire gallon of sunscreen – into a gift basket to present to the late night host. Throw in 100 donuts (many decorated to … END_OF_DOCUMENT_TOKEN_TO_BE_REPLACED