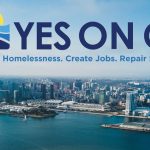 In recent years, San Diego has lost seven large conventions due to the Convention Center’s lack of space and amenities. Conventions are a boon the local economy, filling up San Diego’s hotels and benefitting small businesses from restaurants to shops and more. The economic impact of losing those conventions? An estimated $400 million. To highlight the need to pass Measure … END_OF_DOCUMENT_TOKEN_TO_BE_REPLACED 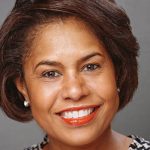 “We are excited to welcome Julie, a recognized leader in the tourism sector with an extensive background in hospitality and CVB management,” said SDTA Board Chair Daniel Kuperschmid. “Julie brings both skill and expertise along with a fresh perspective and passion for the destination that will serve the SDTA well to build on its previous successes and guide the organization … END_OF_DOCUMENT_TOKEN_TO_BE_REPLACED 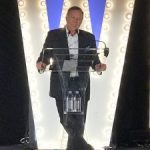 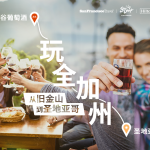 A co-op campaign launched by SDTA in partnership with the San Francisco Travel Association won first place in International Marketing at the 2019 U.S. Travel ESTO Destiny Awards.  The “Best of California” Campaign showcased the links between the two cities, highlighting the unique outdoor, culinary and culture experiences offered in each of the iconic cities. Building on a … END_OF_DOCUMENT_TOKEN_TO_BE_REPLACED

Campaign Background In 2017, approximately 3 million Chinese tourists visited the U.S., with that number expected to increase to 4.5 million by 2022. California, alone, received 1.4 million Chinese visitors this year due to the rising popularity of cities like Los Angeles and San Francisco. San Diego, CA is also rising in popularity but still faces low awareness in China. … END_OF_DOCUMENT_TOKEN_TO_BE_REPLACED