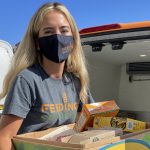 Feeding San Diego partnered with the SDTA to host a webinar on Feb. 9, 2022, titled "Feed People, Not Landfills: How to Get Ahead With Food Donations and Senate Bill 1383 Compliance." There's a new law in California you need to know about: SB 1383, California’s new organic waste and surplus food recovery legislation. Starting in 2024, restaurants, hotels, event venues and … END_OF_DOCUMENT_TOKEN_TO_BE_REPLACED 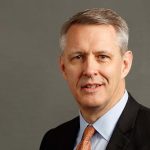 This past fall, the San Diego Tourism Authority was delighted to hire Kavin Schieferdecker as the organization's chief sales officer, a newly created position that oversees long-term sales for the San Diego Convention Center and hotel meetings as well as convention services. Kavin came to SDTA from Philadelphia, where he served as senior vice president of convention sales at … END_OF_DOCUMENT_TOKEN_TO_BE_REPLACED 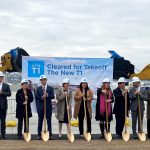 By James Hebert Excitement is taking wing these days at San Diego International Airport, with the start of a major project to renovate Terminal 1, plus the welcome addition of new carriers and routes and the return of others. The airport celebrated the official groundbreaking for the New T1 on Dec. 13. The $3.4 billion project will bring a brand-new Terminal 1 as well as … END_OF_DOCUMENT_TOKEN_TO_BE_REPLACED 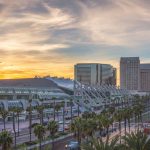 By Julie Coker, President and CEO, the San Diego Tourism Authority I hope you all were able to tune in to Mayor Todd Gloria’s State of the City address earlier this week. I was heartened by his remarks, as he laid out how his administration plans to effectively address some of the biggest obstacles facing our city and our industry. It was no accident that the mayor … END_OF_DOCUMENT_TOKEN_TO_BE_REPLACED 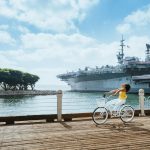 By James Hebert There’s getting to a destination. There’s staying at a destination. And then there’s that third little thing: What to do while you’re there? Those in-destination experiences — tours, activities and attractions — have become a $254 billion global industry, says Bruce Rosard, co-founder and COO of Arival. And they’re the exclusive focus of Arival 360, the … END_OF_DOCUMENT_TOKEN_TO_BE_REPLACED