Below are the December 2017 sales & marketing highlights from various departments from the San Diego Tourism Authority.

The digital portion of the consumer direct advertising program in Canada continued during December across the following tactics and partners: digital video with CTV, Global TV and YouTube Trueview; digital display with TripAdvisor, Sojern, and Adara; paid social video and slideshow units with Facebook and Instagram; and search marketing with Google. In total, an estimated 12.4 million impressions were delivered against just under $119k in spend ($99k SDTA spend + $20K Brand USA partner dollars).

CHINA
SDTA continued to ramp up consumer direct efforts in China during December. The Chinese New Year campaign with C-trip, which launched in November and extends through February, delivered estimated 4.6 million impressions this month. SDTA also launched its “Always On” search marketing program with Baidu, which includes both keyword search and display tactics that will continue throughout the year. SDTA’s $54k in spend in China this month was complemented by almost $135k in in-kind media value through a partnership with Brand USA, delivering over 11 million impressions during the month of December.

Web traffic for December included 464,374 user sessions between the desktop and SDTA posted a total of 49 Tweets, 24 Facebook posts, and 22 Instagram posts through our social channels, 6 blogs, and distributed 6 consumer emails. 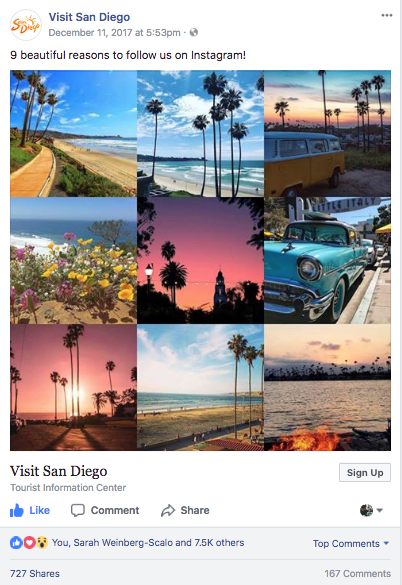 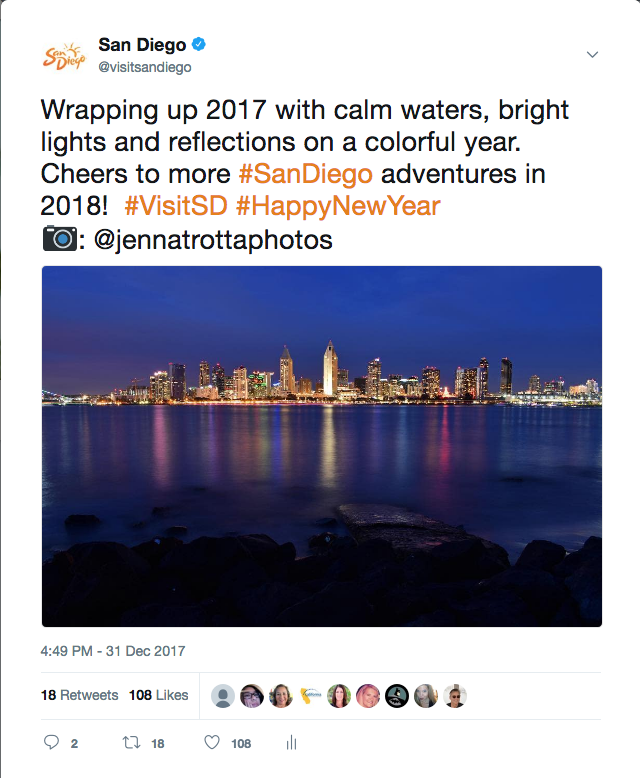 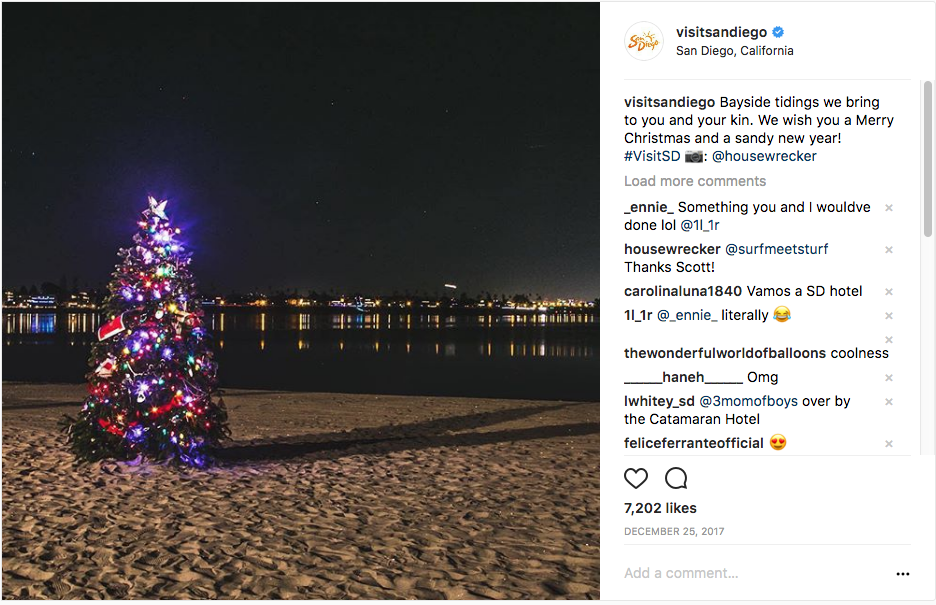 Overall traffic to the Luxury and Value pages on sandiego.org was 3,206 site visitors in December. The social media team, in partnership with Casual Fridays, launched the following campaigns: User Generated Content for Mission Bay, an Outdoor Recreation slideshow (all regions), a LEGOLAND Instagram Story for North Coastal and a 15 along the I-15 Instagram Story for North Inland.

In lieu of a featured video email to sales clients in December, an animated holiday card greeting was distributed.

@SDTAConnect Twitter base grew by 1% from last month to 3,576 followers. There were 22 tweets during the month.

This month, the tweet with the most exposure (3,016 impressions) was providing information on the wildfires in North County.

The tweet with the most engagement was a recap of a live Facebook broadcast from our leisure social media channels in Little Italy. 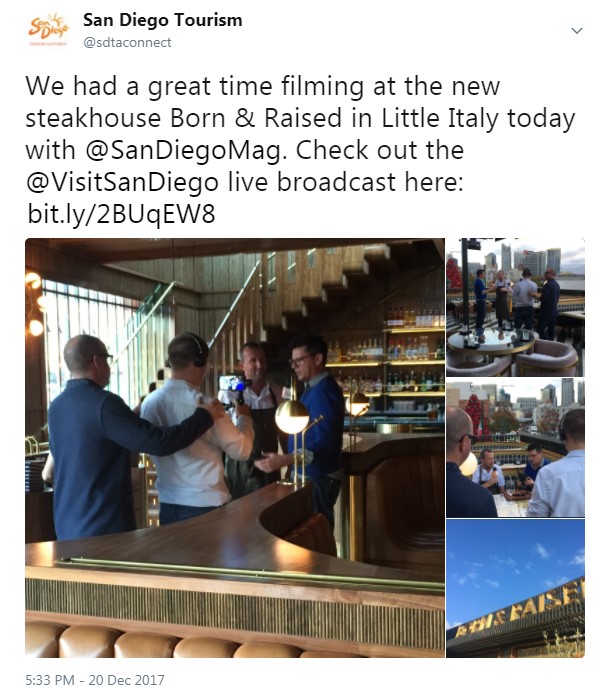 18 Members attended the Open Office Hours on the 1st to learn how to best maximize benefits.

75 Members and SDTA staffers gathered on December 19th for a networking Mixer at the LOT Liberty Station followed by a private screening of Star Wars: The Last Jedi. Many thanks to our event host the LOT, and our sponsors Encore Entertainment and NRG Music & Productions for adding the fun entertainment and costumed characters.

Hotel Sales Client Events and Tradeshows: With the holidays upon us this month, our Sales Team remained focused on selling San Diego. Kicking off in holiday spirit was Gillian Ware our National Sales Director along with nine of our hotel partners who attended the CalSAE’s Seasonal Spectacular. This two-day show in Sacramento, gained eight new leads for the destination representing 4,488 potential room nights with more to come.

On December 14, hotel sales and citywide sales came together with six partners and braved the cold Midwest winter for the annual Association Forum of Chicagoland’s Holiday Showcase and Exhibit. Prior to the start of the Showcase, the team hosted its annual San Diego Holiday Breakfast at Butch McGuire’s. This year 91 customers and partners networked this annual favorite San Diego event.

Site Experiences: Our National Sales Directors kept our Conference Service Team extremely busy during the month as they assembled 31 client site itineraries.  Of the 31 itineraries produced, our Site Specialists conducted 25 of the sites.  Within that number, they toured 77 hotels along with 53 venues.  With a short month due to the holidays, we saw very little of our site team around the office as they were with YOU, our hotel partners, working closely to close year-end opportunities.  This was truly one of our busiest Decembers for sites on record.

In addition to this record-setting month, Maranda Tippin put together the SDTA Connect FAM which included 12 hotel and 4 venue partners.  19 Planners/Decision Makers from around the US were in attendance.  The FAM was very successful.  Thus far, we have generated 5 group lead opportunities, 2 of which signed contracts prior to year-end, representing 1,027 definite RN’s.  In addition, we have identified 25 future potential leads (15,035 potential room nights) from the FAM attendees. 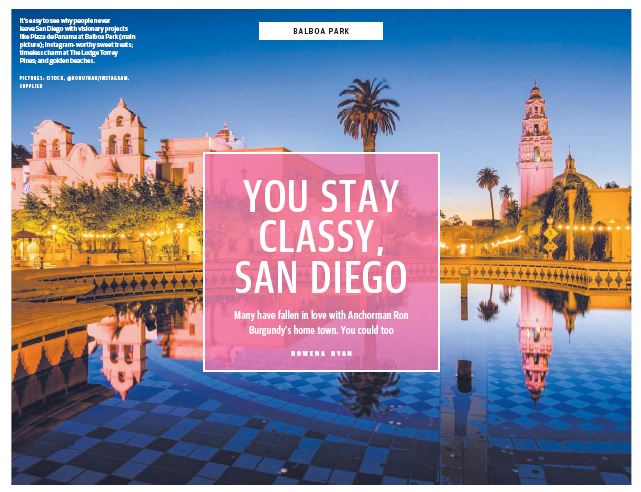 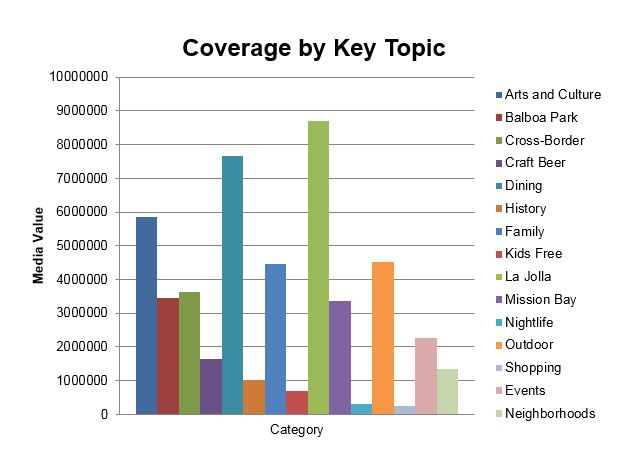 Tourism Development Director Benjamin Eastman coordinated Attraction/Activity presentation sales calls to two top Receptive Operators in the LA-area.  In total, 5 members participated in the training at New World Travel and Americantours International, and were able to further demonstrate to the product and sales agents why longer stays are required in San Diego to be able to participate in so many great activities!