The San Diego Tourism Authority is closely monitoring recent executive orders from President Trump that will impact the travel and tourism industry. National and state travel organizations have expressed their concerns for current travel conditions. Destination Marketing Association International recently stated, “A ban based on nationality – even a temporary one – runs contrary to the principle of freedom of travel promoted by the international tourism community.” The California Travel Association has similarly stated, “It is critical for our industry, our economy, and our national security to strike the right balance between enhanced security and measures that needlessly deter legitimate travel.”

In San Diego, tourism is an integral part of our community, providing jobs to 1 in 8 San Diegans. Restricting travel to San Diego threatens the region’s economy, which relies on the $10 billion that visitors spend in our region annually.

As a border city, San Diego is part of a mega-region that includes Tijuana and Baja California. San Diego’s mayor, Kevin Faulconer, recently stated that San Diego’s binational cultural and economic ties have his full support. We are equally proud to support our binational region. San Diego has long been regarded as one of the country’s friendliest and most welcoming cities, and we will strive to uphold that reputation for visitors from around the world. The San Diego Tourism Authority remains committed to our mission, encouraging visitation to the region and fostering growth of San Diego as an international travel destination. 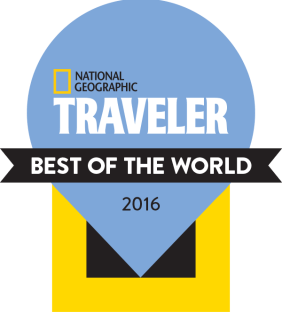 National Geographic Traveler magazine has selected San Diego/Tijuana as one of 20 “Best of the World” destinations. The December 2015/January 2016 issue and the award-winning website will include the fifth annual list of recipients.

A worldwide network of editors, writers and explorers curated the list after a competitive selection and review process.