Below are the October 2019 sales and marketing highlights from various San Diego Tourism Authority departments.

During the month of October, SDTA invested over $1.28 million in advertising, delivering more than 210.4 million gross impressions. Advertising initiatives for the month included:

In October, SDTA launched its winter seasonal campaign on Baidu which is driving Chinese consumers to San Diego’s standalone site. The Always-On program will continue throughout the year with display and video feed ads. Total spend in China for October totaled $156,423 with 75% contributed by Brand USA and affinity partners and more than 31.2 million impressions were delivered. 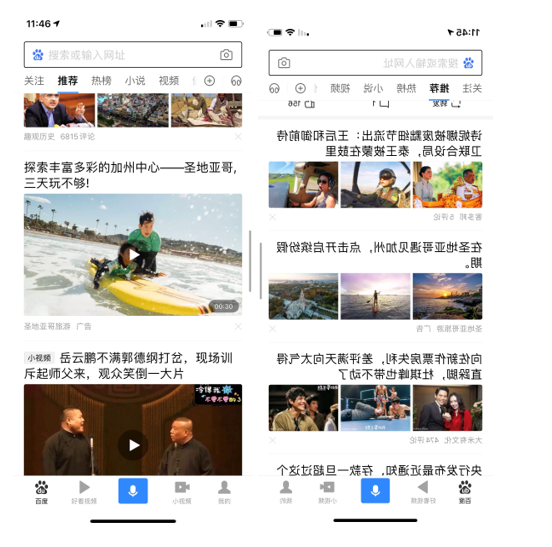 In October, SDTA launched social amplification efforts in Japan and Mexico through their country specific Facebook and Instagram pages which will continue through the FY20 fiscal year.

In order to grow the reach of San Diego’s social media presence and increase engagement with current and new followers, SDTA launched social amplification efforts in Mexico and Japan through the country specific Facebook pages. The $50,000 boosting program will continue through June 2020 and is expected to deliver 8 million impressions. Total October spend totaled $4,279, delivering 3.7 million impressions.

We are proud to announce along with the PCMA Board Angie Ranalli’s recent appointment as Chair-Elect.

And, equally proud of Damara Gomez as this year’s recipient of the PCMA prestigious Rising Emerging Star Professional of the Year.

In addition to her recognition as a developing leader, Damara Gomez serves as the chair of the Membership Committee for the chapter. In this role, Gomez is responsible for retention, recruitment and recognition of the Chapter members, as well as the Chapter networking events. The events include all networking events, the Convening Leaders Chapter Reception and the year-end volunteer celebration.

The Cultural Tourism team continues to work with Mering to craft the next media partnership to continue elevating Balboa Park’s brand. The next phase of marketing will include driving traffic to the well-performing Balboa Park Experience along with partnering with a high-profile media company on a story-telling initiative. The launch is anticipated to take place in spring 2020, pending alignment with the print/digital media partnership.  Mering presented possible partnerships with the contenders being Travel & Leisure and Sunset. After much thought, the team decided on moving forward with Mering’s recommended partner, Sunset Magazine.

The Cultural Tourism team has focused on creating a local marketing plan that better aligns local marketing with the SDTA’s national and international marketing efforts. This program of work will leverage SDTA’s relationships and assets and will support the cultural institutions in Balboa Park as well as the Explorer Pass program. The plan includes multiple media partners to help share Balboa Park’s story across various mediums such as print, digital marketing, podcasts, radio and broadcast media and include San Diego Magazine and KPBS.

The next steps for this effort include securing a broadcast media partner and raising funds to execute the plan. Ms. Davies has secured $75,000 from the Legler Benbough Foundation along with a $30,000 package from Cox Media which includes $15,000 in cash and $15,000 in-kind and 10,000 from the City of San Diego.

As part of expanding the Cultural Tourism team’s role, new cultural district videos are being created—highlighting the various council districts and the various cultural elements in each. Included are the best places to eat, shop as well as authentic cultural experiences. All of the videos are in post-production with the exception of District 7 which will be filmed at the end of November.

Additionally, the Cultural Tourism team has committed to cataloging San Diego’s cultural assets to use in developing content and programming to highlight the City’s unique artistic and cultural offerings. The initial step in the cataloging process is to inventory all of San Diego’s murals. To assist with this effort, the team has reached out to all of the business improvement districts. The initial archive is complete, allowing time to add and revise if need be. The plan is to develop the best way to program the information in November and begin promotion in January of 2020.

The team has made a concerted effort to stay engaged with the institutions in the park in various ways. Ms. Davies continues to meet regularly with park stakeholders offering assistance and collaboration. Along with various stakeholders, Ms. Davies and team continue to partner with the Balboa Park Cultural Partnership as well as the Balboa Park Online Collaborative on various projects such as the local marketing plan for Balboa Park, surveying efforts and data collection.

With the support of the SDTA’s Planning and Research team, a social media survey was put together to distribute to the institutions in the park to better understand how the SDTA can provide assistance and resources to the institutions and park as a whole. The results have been evaluated with a majority consensus requesting training, resources and a best-practices workshop.  The Cultural Tourism team is working with the Marketing Team as well as BPCP and BPOC to organize and provide requested resources to the Balboa Park institutions. A Social Media workshop will take place in November discussing the survey results along with providing the institutions with high-level social media training.

Additionally, the Cultural Tourism team continues to manage the event/exhibit collection process. Since instituting the program there is a huge increase in event/exhibition submissions for the Sandiego.org website. However, participation has shown a slight decline so the team, in collaboration with BPCP and BPOC, plans to reevaluate the system and find ways to better incentivize the institutions to participate in the submission process.

Overall sessions to the China website (sandiego.com.cn) was 28,746. The social media team, in partnership with Hylink, published a total of 25 Weibo posts and 4 WeChat posts.

Overall traffic to the Mexico page was 3,902 unique users. The social media team, in partnership with PR Central, published a total of 18 Facebook newsfeed and story posts, and 10 Instagram posts and story posts.

Overall traffic to the Japan page was 3,584 unique users. The social media team, in partnership with aviaREPs, published a total of 17 Facebook posts.

The Hotel Meetings Sales team had another strong month in October, booking 68 meetings, representing 37,330 room nights.  Fiscal year to date, the team has converted 260 bookings and 121,165 total room nights for the destination. 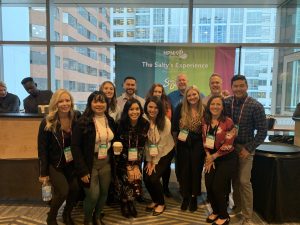 Global Partners Conference in Seattle, WA.  Ernie connected with 125 of HPN Global’s associates which represent over 7,000 clients and $400 Million in rooms revenue spend annually around the globe.  From the conference, Ernie has already contracted a 445 room night group in February of 2020 in San Diego.

Gillian Ware, National Sales Director was joined by 12 hotel partners in Sacramento for our annual client event.  43 meeting planners were in attendance including key clients from the California Medical Association, JM Devine Group, and HelmsBriscoe to name a few.

Also in October, Bri Mouton, National Sales Manager attended Connect Faith in Grand Rapids, Michigan.  Over 500 meeting planners and decision-makers from faith-based organizations attended the conference.  Bri conducted 40 one on one appointments during the show which resulted in 15 group leads being generated for San Diego, representing 11,473 room nights.

As part of our Customer Acquisition program to bring new meeting planners to San Diego, we conducted a successful Fam trip in partnership with AZA Events in the first week of October.  10 corporate meeting planners mainly from the Toronto, Ontario region attended. These planners that represent over 50 high end corporate and incentive group business opportunities, experienced San Diego for the first time.

Each year we recognize the sales manager and sales team that conducted the very best site experiences in conjunction with our team.   The honorees represent the highest level of professionalism ensuring they and their hotel are prepared for the customer’s visit, understand the customer’s need and demonstrate how their hotel can successfully accommodate their program.  Their partnership with the SDTA ensures that the customer leaves our destination with a favorable decision to select San Diego for their program.

The Annual awards are presented at our SDTA Sales and Marketing Workshop each October. 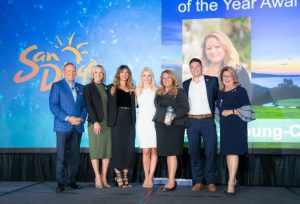 The Site Experience team was on the move in October, with 19 client site experiences, creating exposure to 76 hotels and 15 venues.

7 Members attended the Open Office Hours to learn how to best maximize benefits.

The communications team hosted a San Diego table at the Public Relations Society of America’s (PRSA) International Conference, held this year in San Diego. The team met with journalists and PR representatives from around the world and attended seminars and panels on current PR trends and best practices. 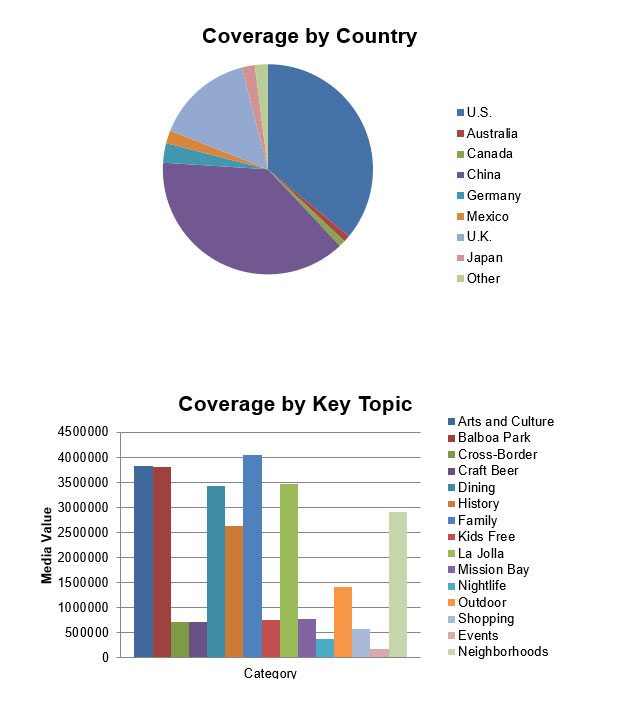 In October, the UK Representation Office trained 49 agents via a Travel Counsellors webinar and an in-office training visit to USAir Tours.

Nicole Marchetti from SDTA Tokyo office participated in the Club California Tokyo event on October 4th. The event welcomed 118 travel trade professionals and media, where Nicole gave a presentation to promote San Diego and network with the attendees. 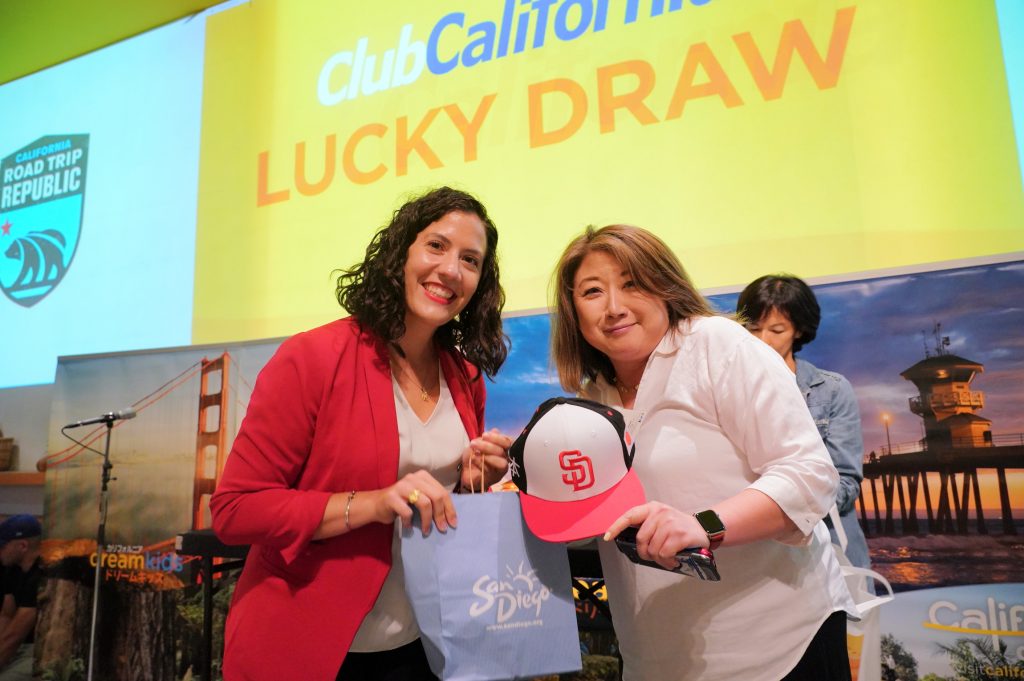 SDTA Beijing team hosted a workshop on October 18th to introduce in-depth tourism resources of San Diego partnering with Lushu.com, SeaWorld San Diego and Hainan Airline. The event was well attended with over 50 travel professionals in the region.

October 25-26, Jacky Zhu, Travel Trade Representative in Shanghai, participated in Club California Product Development Series Hangzhou. 10 key tour operators, wholesalers and OTAs in the region joined the session where Jacky delivered the destination presentation and met with each of them on One-on-one meetings. 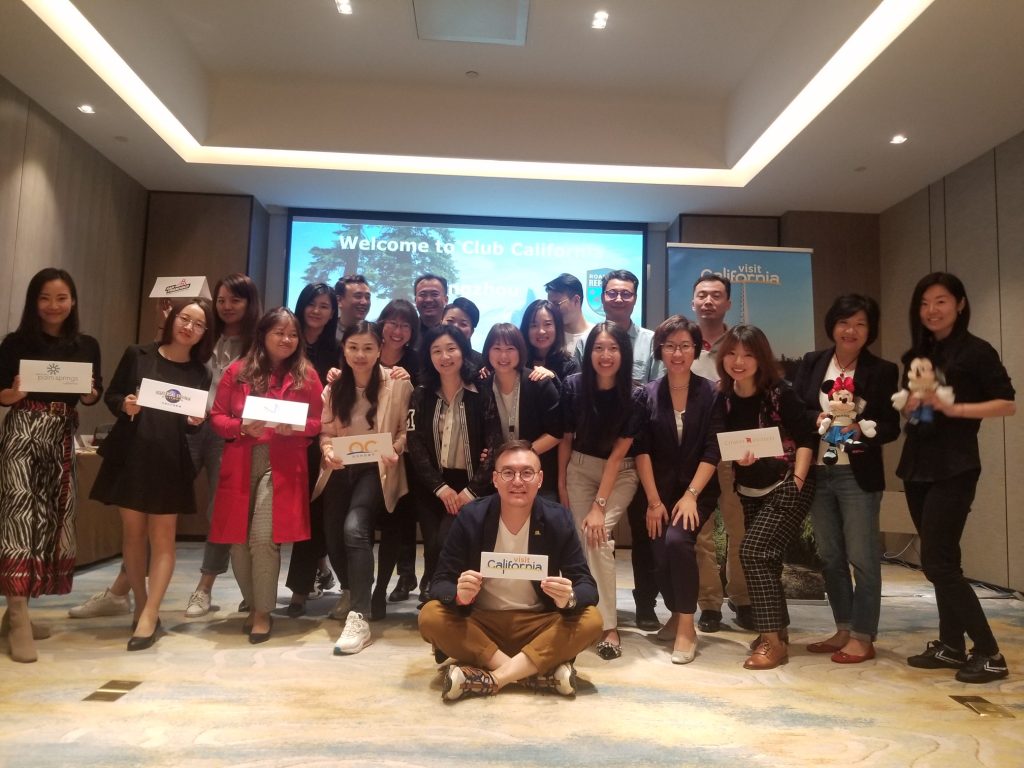