In 2017, approximately 3 million Chinese tourists visited the U.S., with that number expected to increase to 4.5 million by 2022. California, alone, received 1.4 million Chinese visitors this year due to the rising popularity of cities like Los Angeles and San Francisco.

San Diego, CA is also rising in popularity but still faces low awareness in China. To increase Chinese visitation and position itself as a must-stop destination in California, San Diego launched a collaboration campaign with San Francisco. By linking with San Francisco, San Diego aimed to drive awareness of the city and educate Chinese travelers about its experiences through an innovative online campaign on China’s largest online travel platform, Ctrip.

We tied the two destinations together under one campaign theme – the “Best of California,” and custom creatives and products were developed on Ctrip. Leveraging San Francisco as the gateway, Chinese visitors could fly direct to the city and have the opportunity to drive or fly to San Diego to complete their trip.

As a result of this campaign, San Diego and San Francisco together gained a total of 32 million impressions on Ctrip and a +50% increase in room night sales overall compared to the previous year. San Diego also achieved a 43% increase in hotel bookings year-over-year.

To enhance awareness of San Diego in the China market, SDTA partnered with San Francisco and Hilton to promote the “Best of California” on Ctrip.  The campaign leverages San Francisco as the gateway city and promotes direct flights to San Diego from San Francisco. The two-phase program launched in August and will run through the end of October. 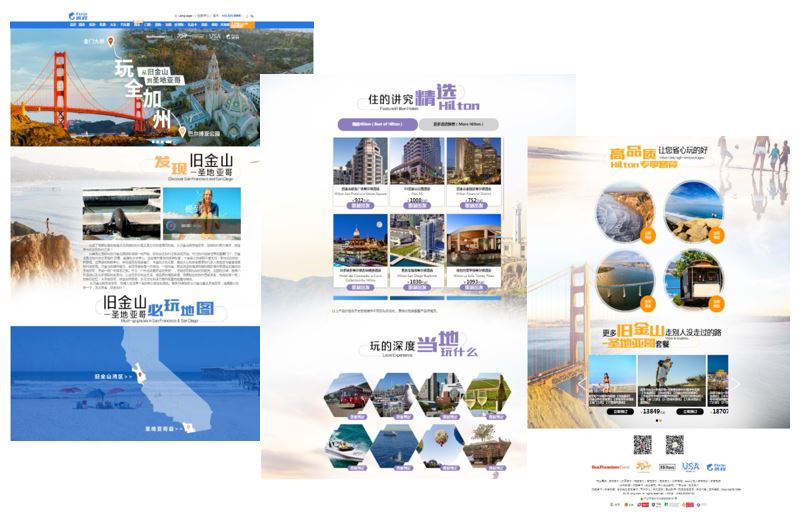