Below are the October 2017 sales & marketing highlights from various departments from the San Diego Tourism Authority.

Web traffic for October included 517,896 user sessions between the desktop and mobile websites and we posted a total of 89 Tweets, 74 Facebook posts (Including Dark Posts), and 27 Instagram posts through our social channels, 7 blogs, and distributed 8 consumer emails. 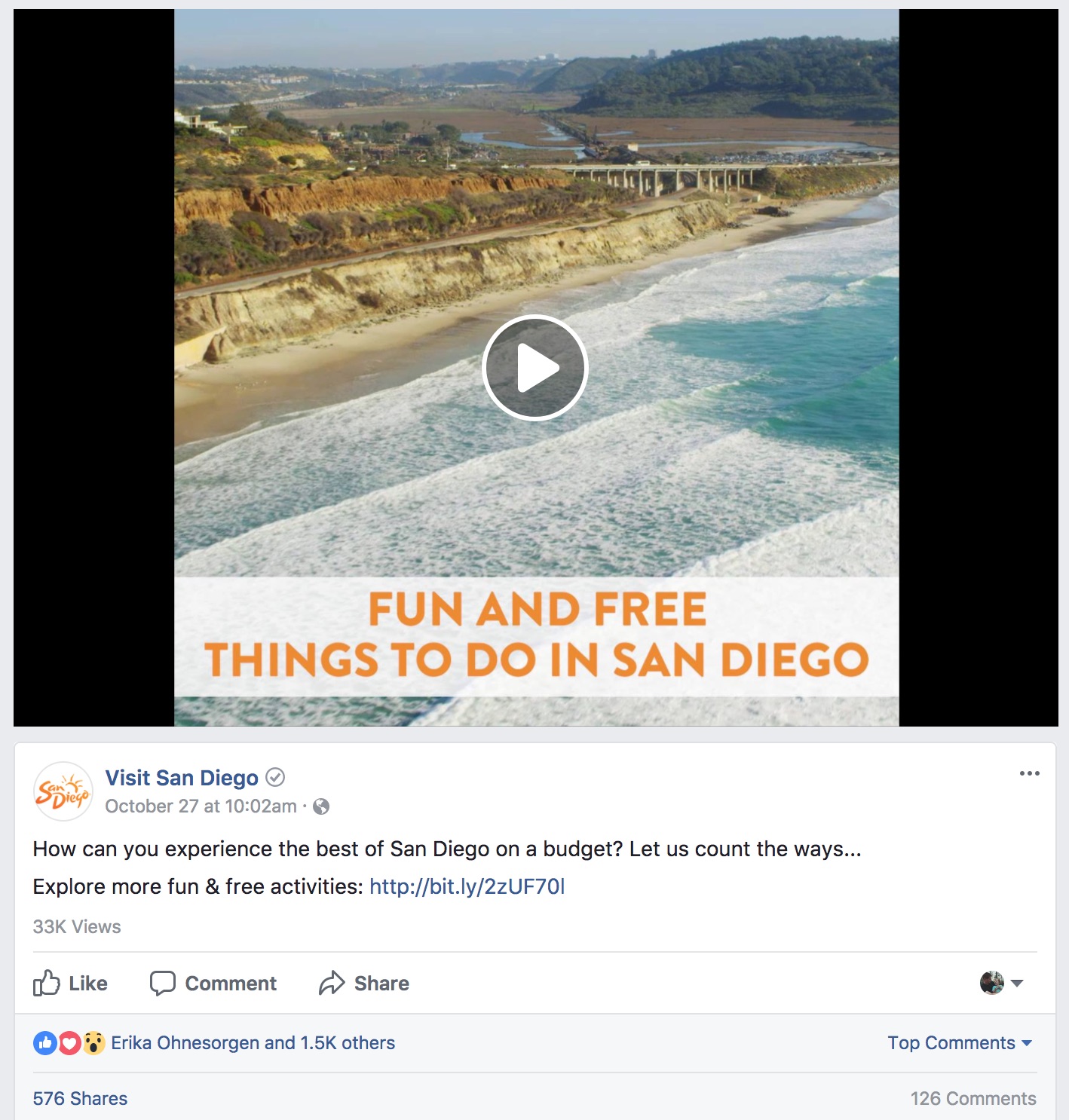 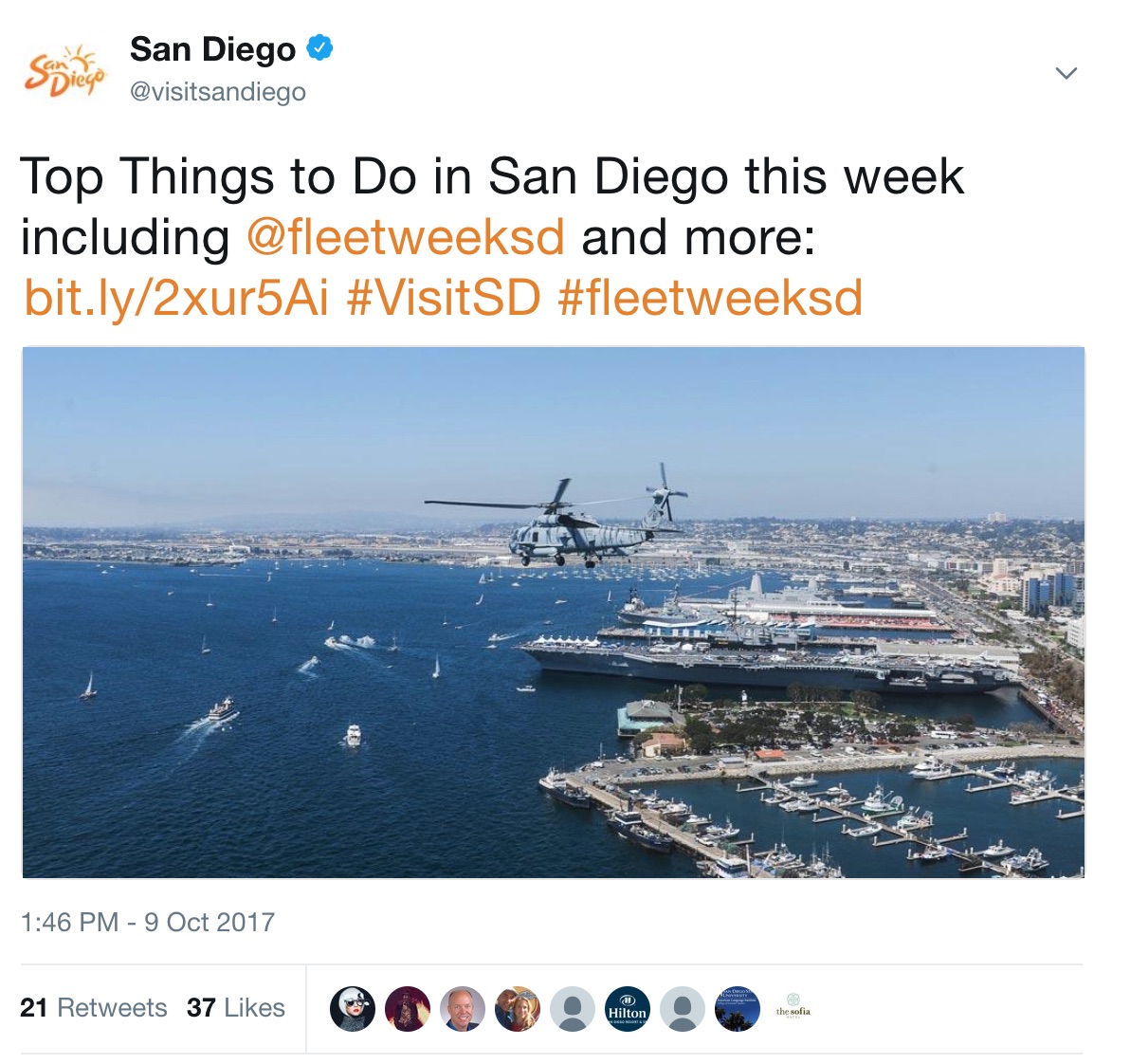 The October B2B Postcard was delivered to 6,591 meeting planners and was the seventh in a year-long series of video emails. Each month a new video will showcase a group of venues for potential meeting and event planners to consider. The open rate for the October B2B Video Postcard was 19.24%, which represents over 1,241 unique meeting planners. The October video showcased sports venue meeting opportunities. The video featured:

@SDTAConnect Twitter base grew by 1% from last month to 3,524 followers. There were 39 tweets during the month. 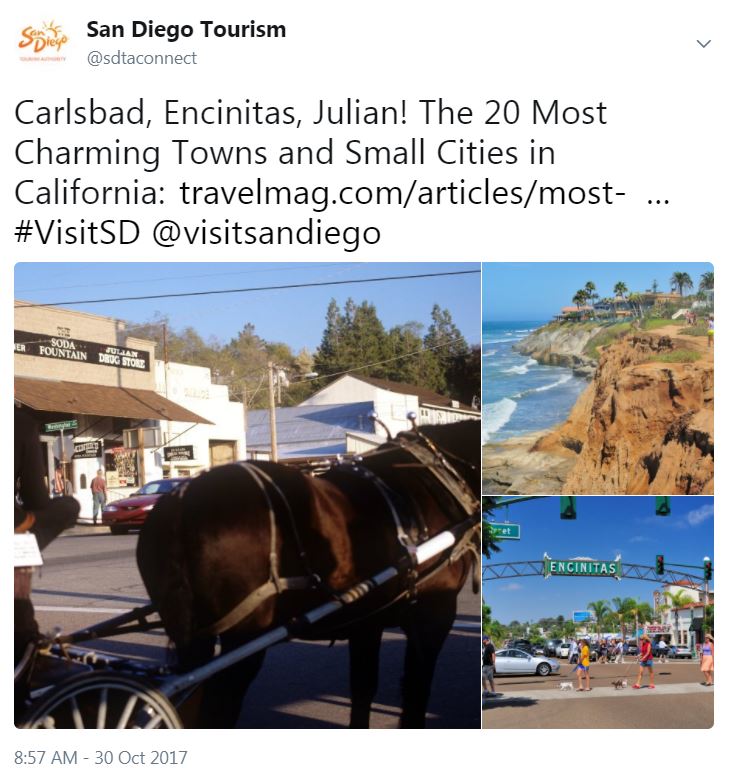 The SDTA entered into a new licensing agreement with San Diego company Team Phun for apparel and accessories categories.

From October 10 through October 12, the hotel sales team and citywide sales teams attended IMEX America in Las Vegas. They were joined by 18 hotel and services members and a partnership with Discover Coronado.

National Sales Director, Gillian Ware along with twelve hotel partners hosted 38 Sacramento area customers to dinner at the infamous Kitchen Restaurant on October 25. Surrounding this event, Gillian and several of the partners made sales calls in the area.

Chirine Arbadji attended Luxury Meetings Summit in Dallas where she met with 32 customers.

Bri Mouton attended Rejuvenate Marketplace (formerly Connect Faith) where she had 32 appointments and, in addition to the single property leads, received one citywide lead for 6,000 room nights. 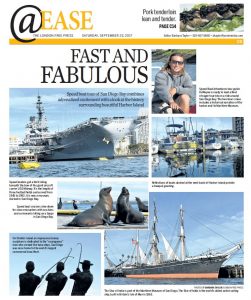 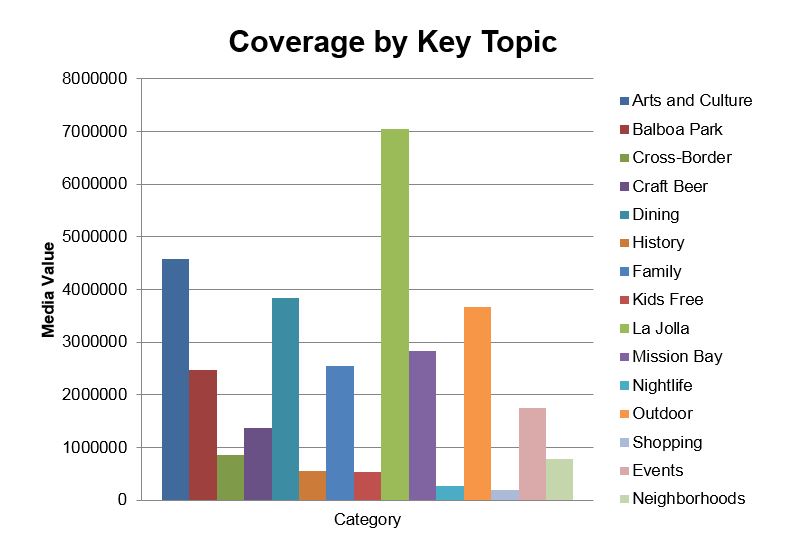 Travel Trade Director Benjamin Eastman attended the Visit California Sales Mission to Canada. Over the weeklong mission, he met and visited with several hundred travel agents and Product Managers in Montreal, Toronto & Vancouver. Canadian agents continue to be happy with San Diego products and the airlift from most major Canadian cities.

Phil Hannes, senior director of international marketing participated in the VisitCalifornia B2B appointment program where we had the opportunity to meet with the top 10 Brazilian Tour Operators to network, strengthen our relationship and to expand on San Diego product development. 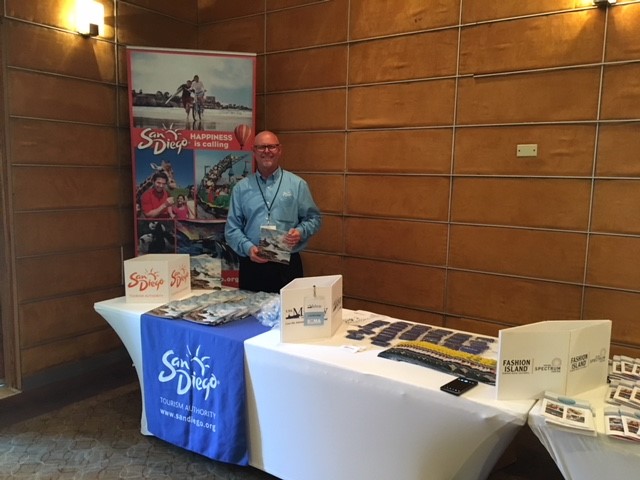 San Diego participated in the Mark Travel Annual Summit in Cancun with over 650 travel agents and 200 destination executives and suppliers. Attending agents were offered an extensive line up of more than 30 workshops, seminars and professional development courses covering such topics as customer engagement, business operations, and supplier and destination information.

Tomoe Matsunaga, travel trade representative in Tokyo, participated in the Club California Tokyo event on October 10. The event welcomed over 100 travel trade professionals, where Tomoe gave a presentation to promote San Diego and network with the attendees.

Cherrie Yang, travel trade representative in Shanghai participated in Club California Product Development Series Chengdu session on October 12. There were approximately 30 travel professionals from the region who attended the program. Cherrie delivered a presentation on San Diego, introduced the new program in 2018, and discussed with Chengdu agents to develop overnight opportunities in San Diego. 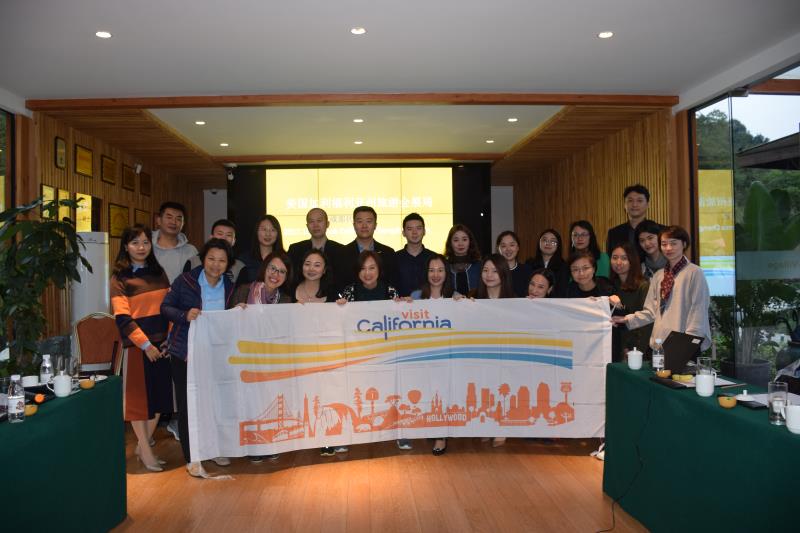 Following the sales mission in China, Riki attended the Taipei International Travel Fair, one of the largest trade/consumer shows in Asia, with Visit California Taiwan team. Riki had an opportunity to update over 40 trade and media partners through the destination presentation during the VIP reception. During ITF, translated San Diego information brochures were distributed to consumers and Riki had one-on-one appointments to discuss San Diego product development with the key trade partners. Also, a cover story in regards to California was generated through the media interviews in a major Travel Trade magazine. San Diego received a half page of exposure to introduce what the destination has to offer.

On October 19, the Visit California Italy office produced a 1-hour webinar for the Italian travel trade in conjunction with Lufthansa – to promote the new Lufthansa flight to San Diego starting in March 2018. The webinar had 180 registrants and has been placed on the Visit USA website for future review by the Italian trade. 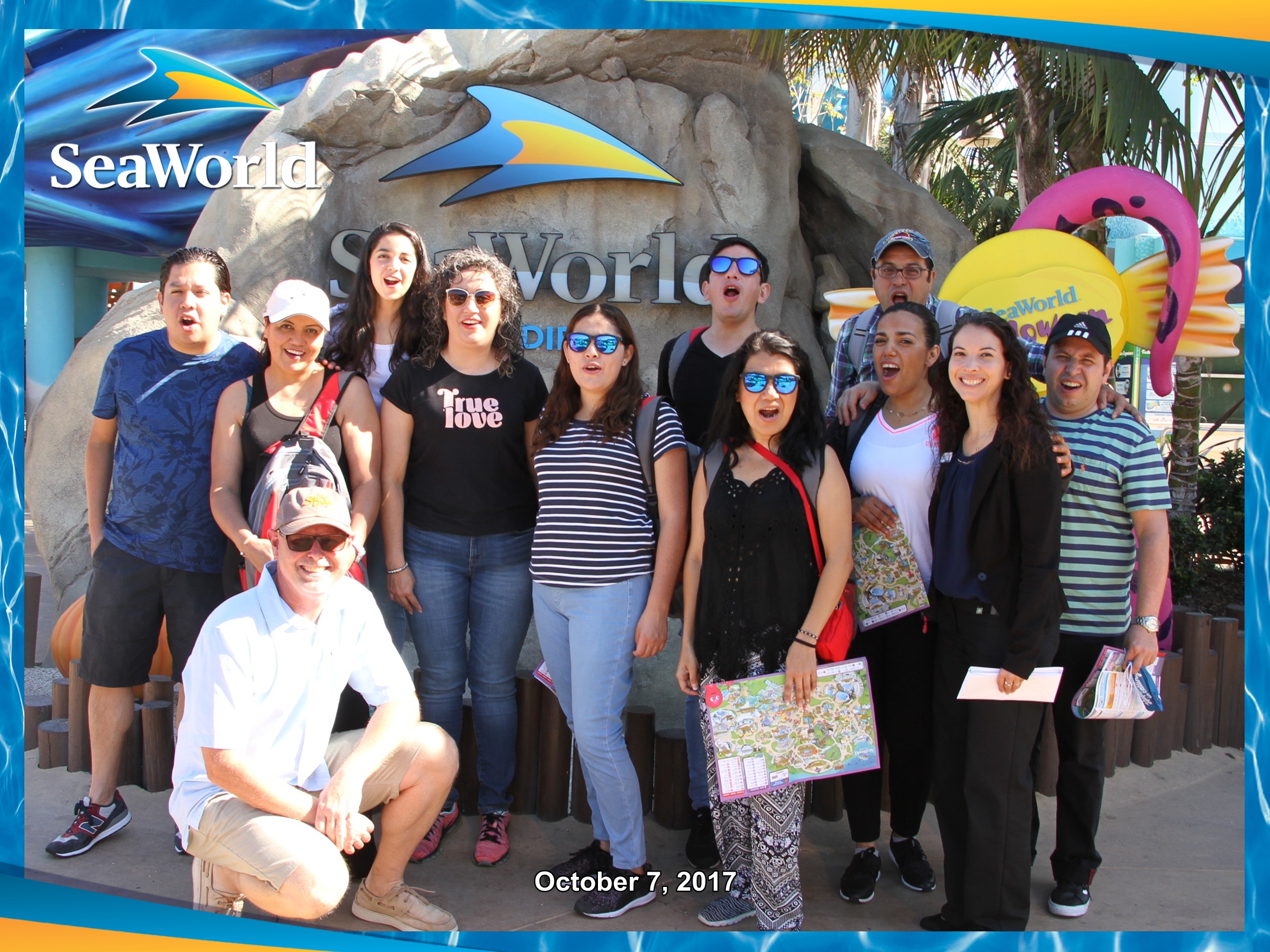