Below are the September 2017 sales & marketing highlights from various departments from the San Diego Tourism Authority.

Web traffic for September included 520,074 user sessions between the desktop and mobile websites and we posted a total of 95 Tweets, 32 Facebook posts (Including Dark Posts), and 14 Instagram posts through our social channels, 5 blogs, and distributed 10 consumer emails. 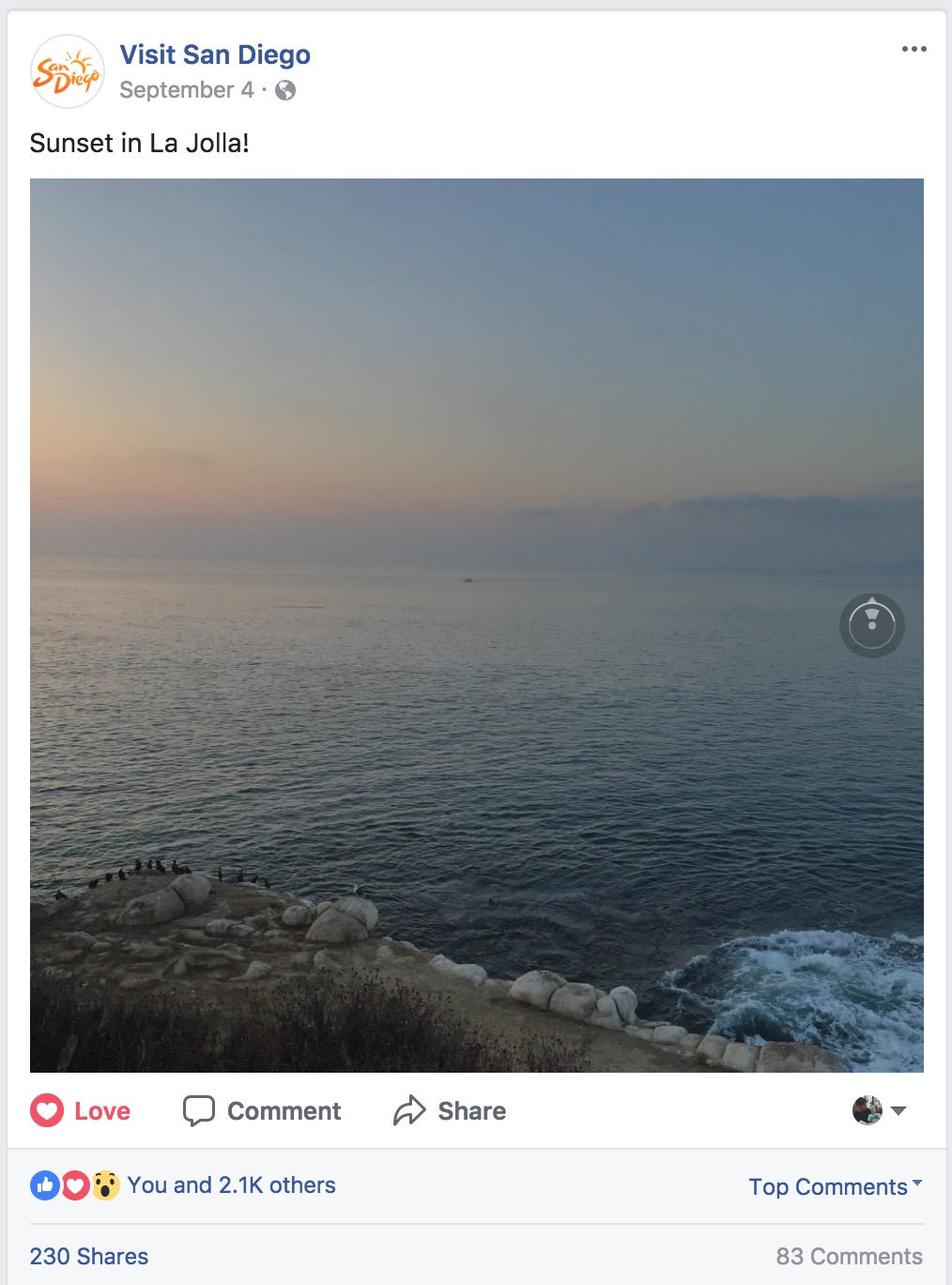 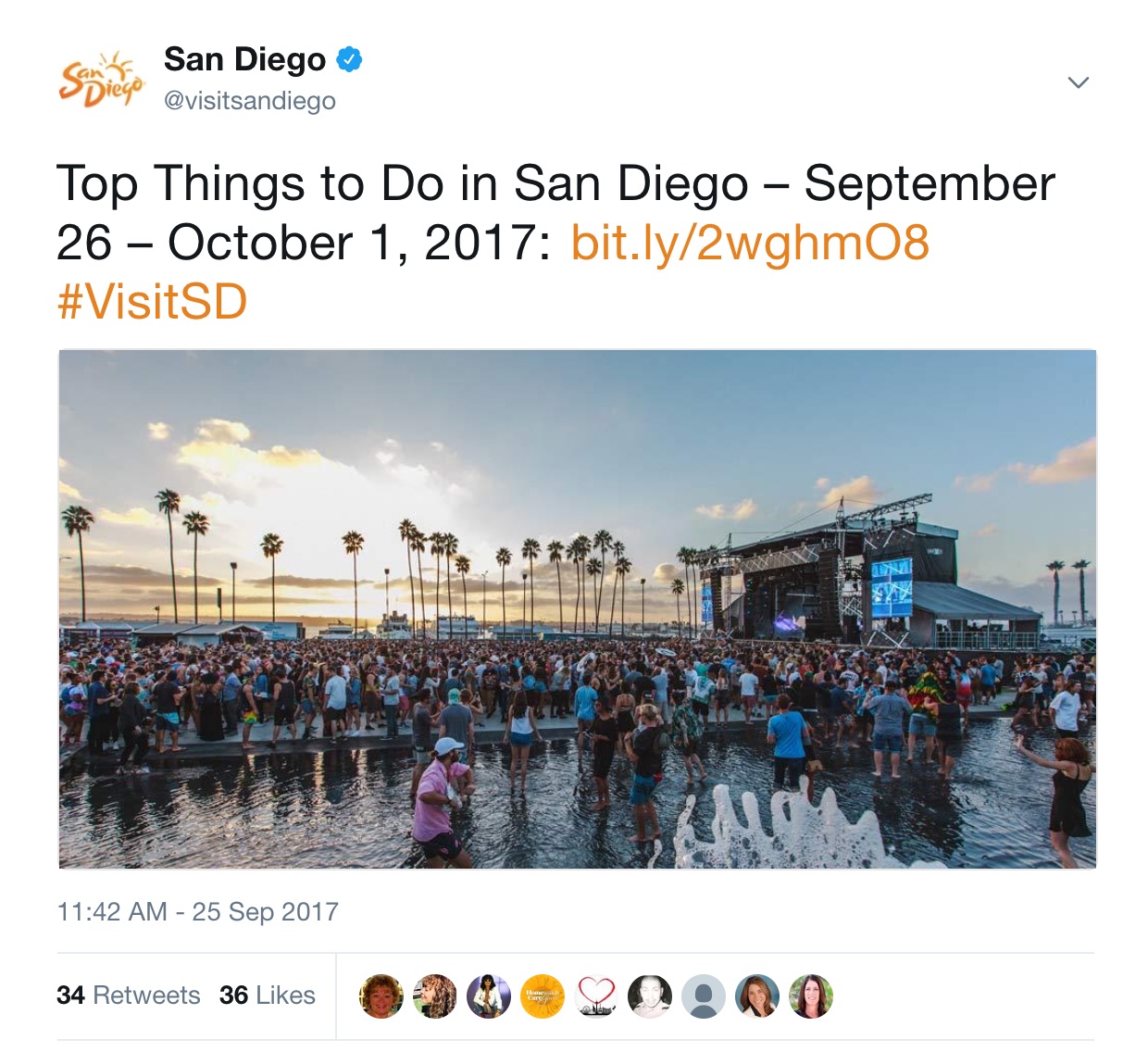 @SDTAConnect Twitter base grew by 1% from last month to 3,480 followers. There were 17 tweets during the month.

This month, the tweet with the most exposure (6,365 impressions) showcased an artist at work during the Kaaboo Music festival in North County. This tweet also received the most engagement, earning 125 clicks, view, and shares. 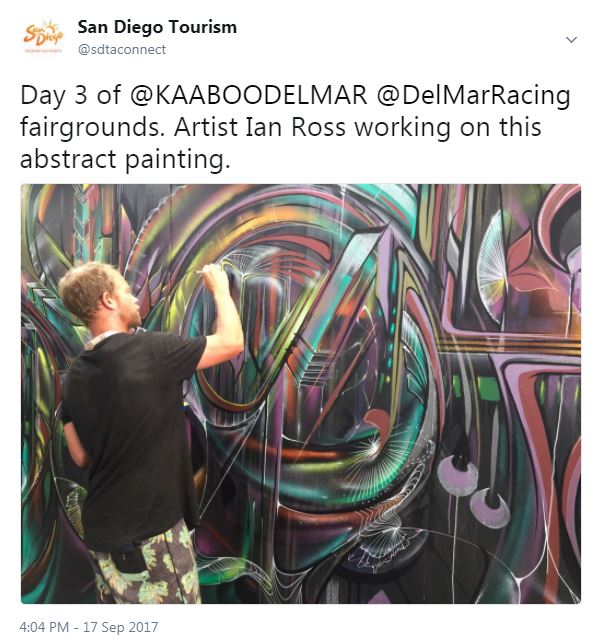 27 Members attended the Open Office Hours on the 29th to learn how to best maximize benefits.

During the month of September, the hotel sales team received 8 leads totaling 4,077 potential room nights for the destination.

Denver Client Events: National Sales Director, Ernie Rossow along with seven hotel partners hosted Kinsley Meetings to lunch at The Farmhouse in Denver for a Lunch and Learn on September 14th. That same evening, the group hosted local customers for a night of fun competition and networking at Lucky Strike Bowling Lanes. During their time in Denver, the group also made several sales calls to local customers.

Southern California Roadshow: On September 19th, National Sales Director, Veronica Rivera along with nine hotel partners hosted Los Angeles area customer at Otium Restaurant for a 4-course dinner and beer pairing experience. The following day, the group hosted customers at The Treehouse in Costa Mesa for an evening of San Diego learning and fun games. Clients experience first-hand what SDTA Member, SnakeOil cocktails can bring to elevate their future events. Knockaround sunglasses were also part of the festivities when guests designed their own custom-made glasses. During their time in Los Angeles and Orange County, the group also made several sales calls to local customers. Together, Ernie and Veronica entertained 60 customers at these client events. 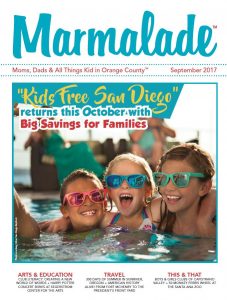 In September, the SDTA Communications department traveled to Germany to meet with MSI public relations representatives and craft a plan for FY18 PR efforts related to the launch of the new Lufthansa services. PR reps met with leading media in Hamburg, Berlin, and Frankfurt.

Communications met with Visit California and a task force of other CVBs to examine PR measurement results and work together to develop agreed-upon industry standards. The Communications team also worked closely with web and social team members to implement a crisis communications plan around Hepatitis A.

The team hosted media from the U.K., China, Brazil, the U.S., and Italy, including a group fam in partnership with Virgin Holidays UK that featured media from GQ, Foodism, Express Online and Fabulous Magazine. 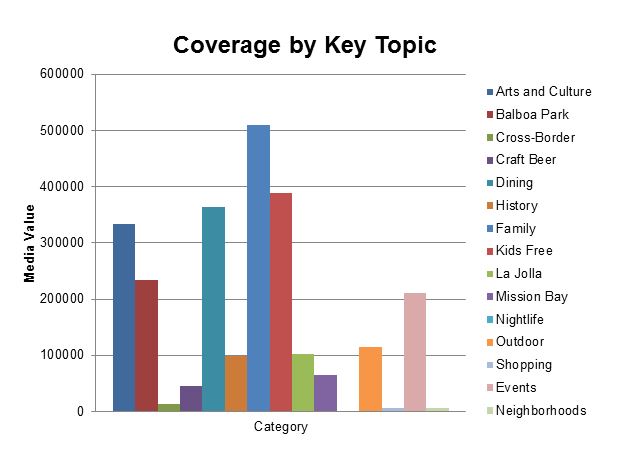 In late September, the Travel Trade team helped spearhead the SDTA’s first annual International Symposium. This event allowed members to hear market updates from each of our international travel trade representatives as well as travel partners such as San Diego International Airport, Cross Border Xpress, Booking.com, and Visit California. With nearly 200 members attending, the event highlighted the strong interest in attracting more international travelers to the region. A copy of the presentations has been added to MemberNet for those who were unable to attend the Symposium but would still like to review the information.

The Germany Office attended the Visit USA Roadshow in Leipzig, Berlin, Bremen, and Dortmund.  In total, the team trained 170 German travel agents by highlighting the destination with a PowerPoint presentation followed by a marketplace tradeshow. 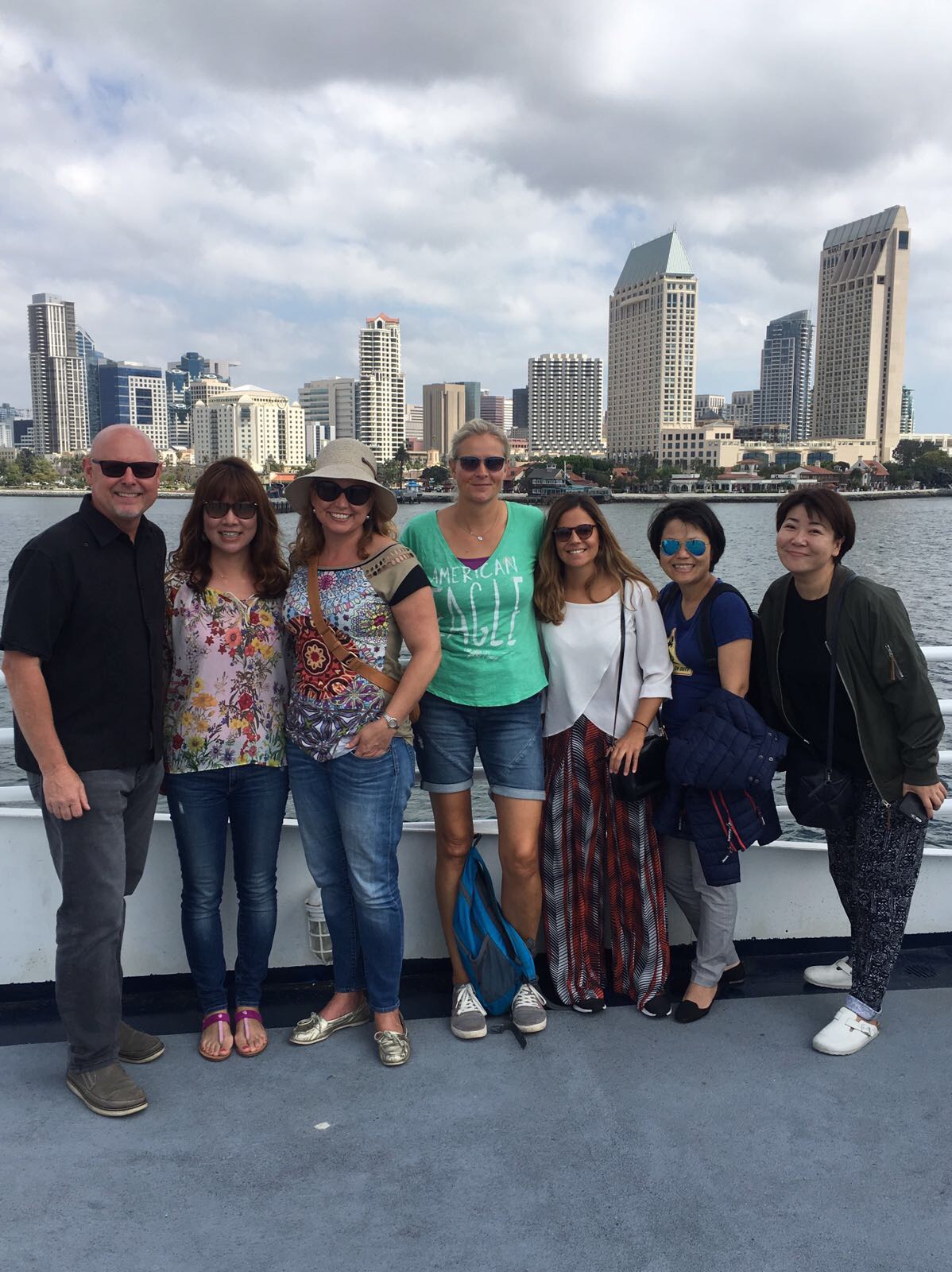 Riki Suzuki also participated in the Active America China Receptive Operator Edition in the Los Angeles area. Riki presented to over 20 LA-based Chinese receptive tour operators and later sat one-on-one with each of them to discuss business opportunities individually.

San Diego was highlighted at the Club California Product Development Series in Guangzhou, September 24-25. The SDTA China office provided presentation slides to Visit California to present on our behalf to educate top accounts in the Southern California region.