Below are the August 2017 sales & marketing highlights from various departments from the San Diego Tourism Authority.

Special event promotion in August focused on Labor Day, Del Mar Racing and the upcoming Breeder’s Cup, and the US Sand Sculpting Challenge. 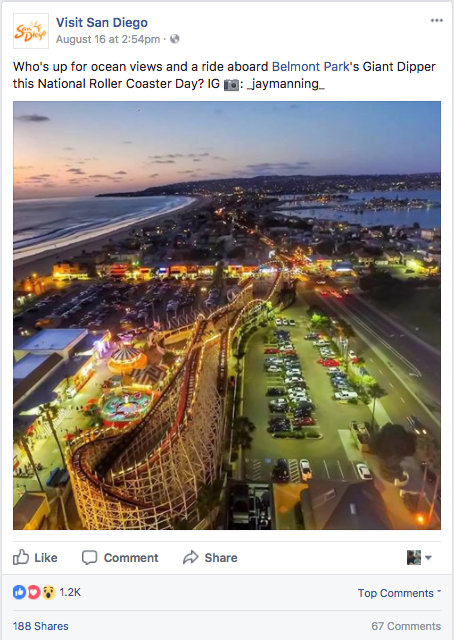 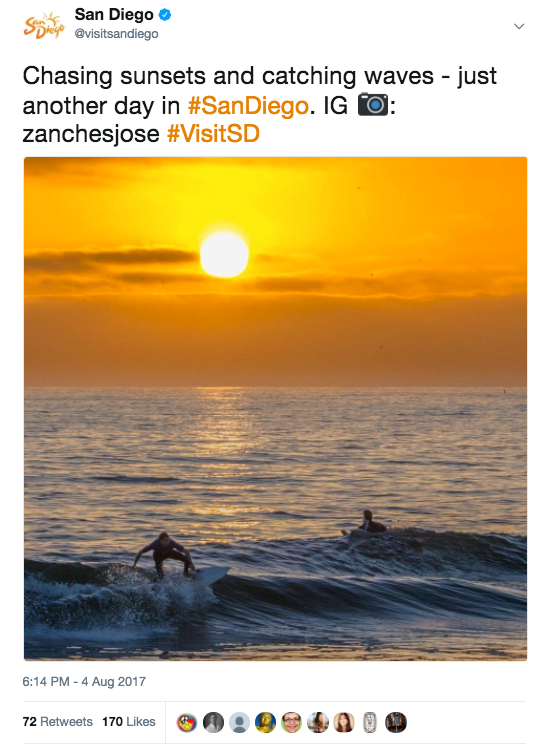 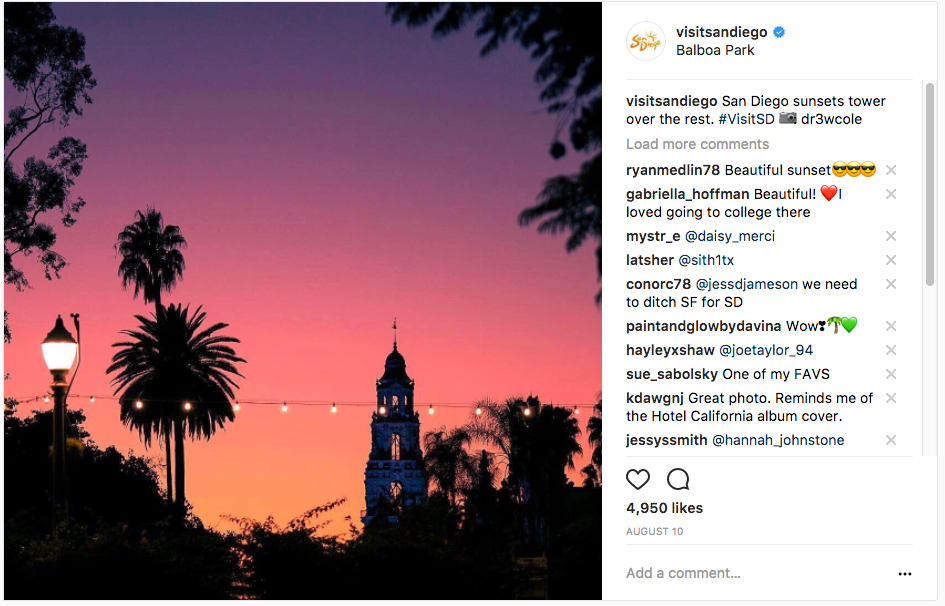 Web traffic for August included 501,626 user sessions between the desktop and mobile websites and we posted a total of 54 Tweets, 49 Facebook posts, and 22 Instagram posts through our social channels, 8 blogs, and distributed 5 consumer emails.

The August B2B Postcard was delivered to 6,439 meeting planners and was the fifth in a year-long series of video emails. Each month a new video will showcase a group of venues for potential meeting and event planners to consider. The open rate for the August B2B Video Postcard was 21.6%, which represents over 1,364 unique meeting planners. The August video showcased floating venues which offer private charters and event space. The video featured:

@SDTAConnect Twitter base grew by 1% from last month to 3,438 followers. There were 45 tweets during the month.

This month, the tweet with the most exposure (1,146 impressions) congratulated our partners at the San Diego Convention Center on earning a Venue Excellence Award from the International Association of Venue Managers. 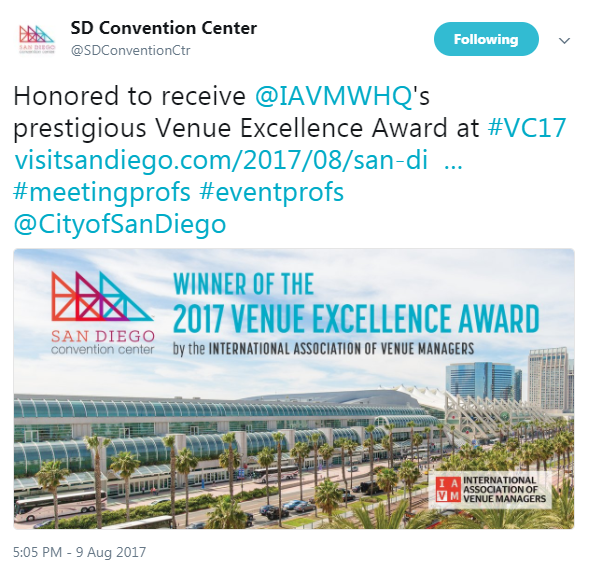 The tweet with the most engagement (805 impressions) was the announcement of our Star Wars Member Networking event in December. 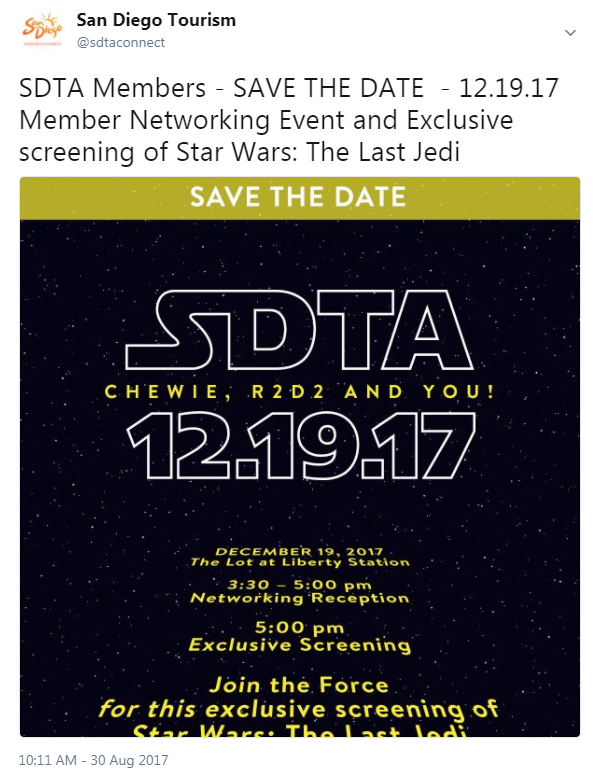 24 Members attended the Open Office Hours on the 25th to learn how to best maximize benefits.

There was $9,495 in new ad contracts secured in August.

In August, the SDTA Communications department collaborated with JetBlue to host a media fam in connection with the launch of JetBlue’s Mint service to San Diego from New York and Boston. Media in attendance included the Boston Herald, Departures magazine, and Sherman’s Travel. 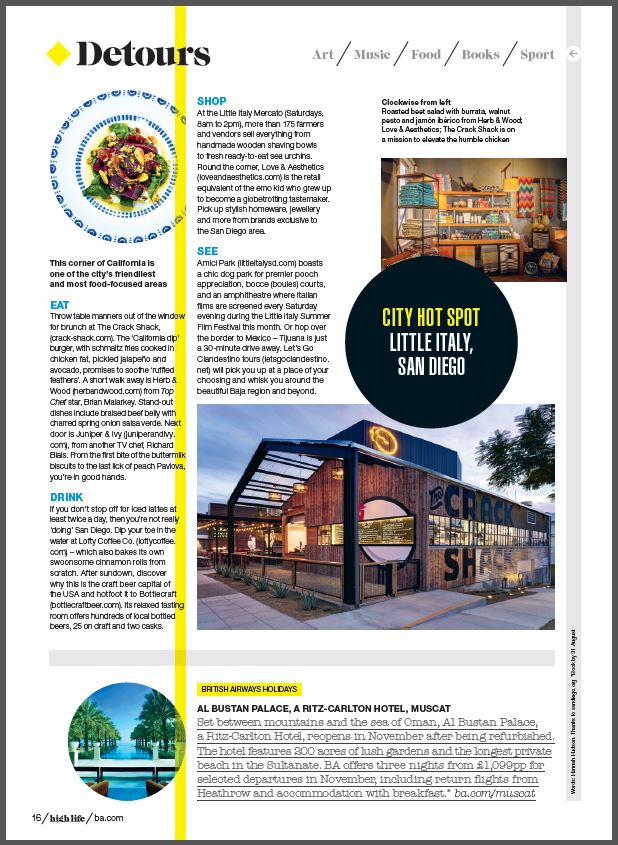 The team hosted key travel media from the U.K., Italy, Austria, Belgium, and Germany, including the Deputy Chief Editor of Travel and Culture at Frankfurter Allgemeine Zeitung which is consider The New York Times of Germany. 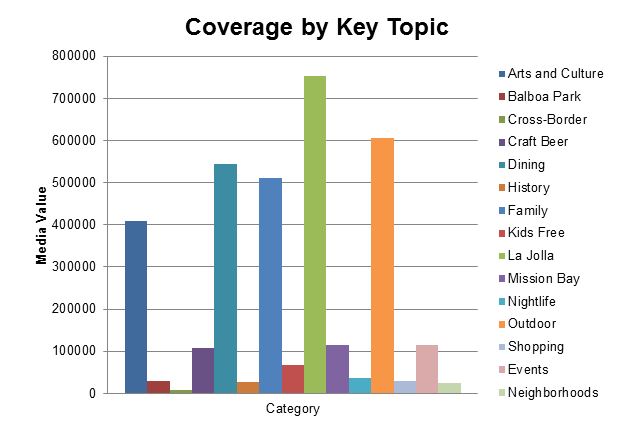 Sr. Director of International Marketing Phil Hannes traveled to Mexico City with Seaworld and CBX representatives and co-hosted a VIP dinner with Aeromexico executives and 4 major wholesalers.  The next morning the team co-hosted a breakfast for 80 travel agents and media and presented What’s New in San Diego including the new Gran Plan Shopping program with Aeromexico. The remainder of the trip included a visit to Dream Destinations and Euromundo wholesalers to pitch San Diego for new itineraries. 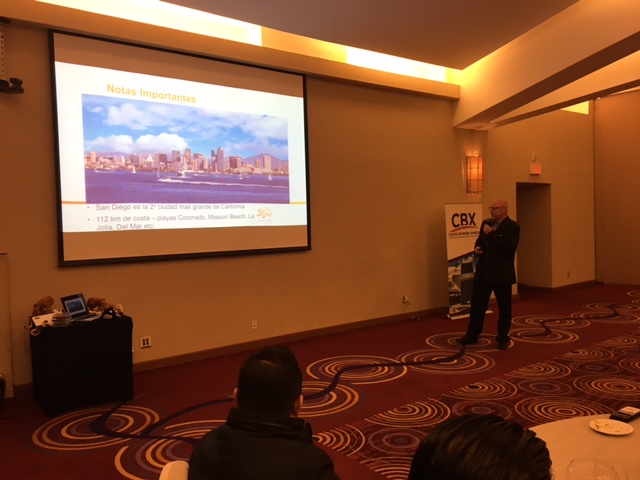