Below are the June 2017 Sales & Marketing Highlights from various departments from the San Diego Tourism Authority. 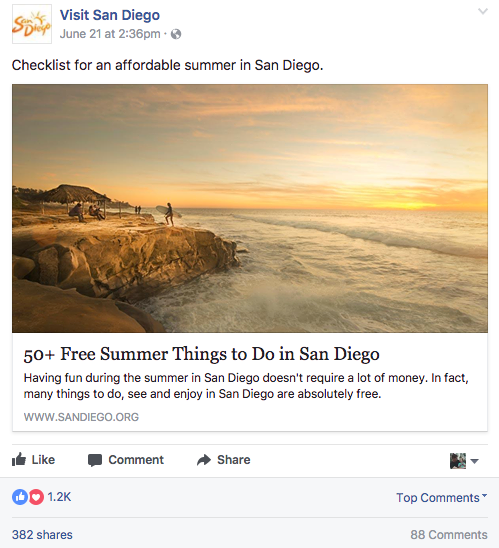 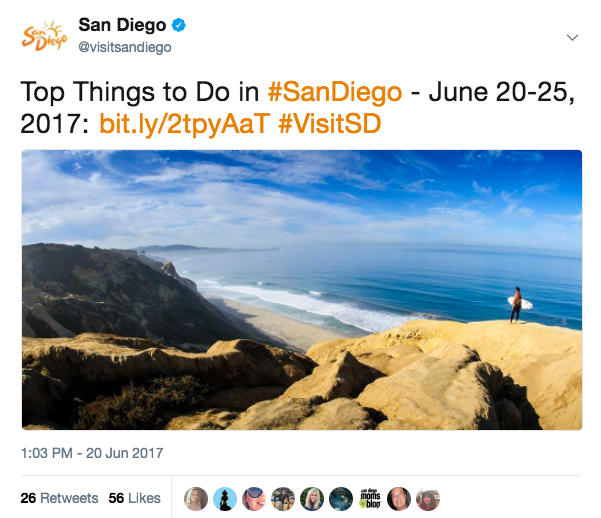 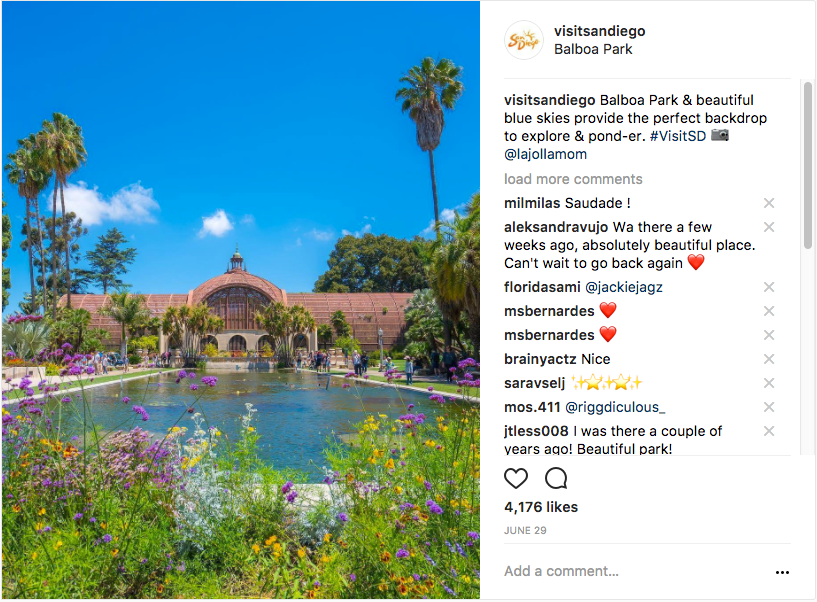 Web traffic for June included 1.1 million user sessions and we posted a total of 90 Tweets, 80 Facebook posts (including ‘Dark’ advertising posts), 0 Google+ Posts (Based on trends and usage, Google+ will no longer be part of SDTA’s social media efforts and recording efforts will cease) and 9 Instagram posts through our social channels, 5 blogs, and distributed 8 consumer emails.

Overall traffic to the Luxury and Value pages on sandiego.org was 4,949 site visitors in June.  The social media team, in partnership with Casual Fridays, launched the following campaigns: Toes in the Sand User Generated Content for Mission Bay and Fan Foto Friday Instagram Stories. 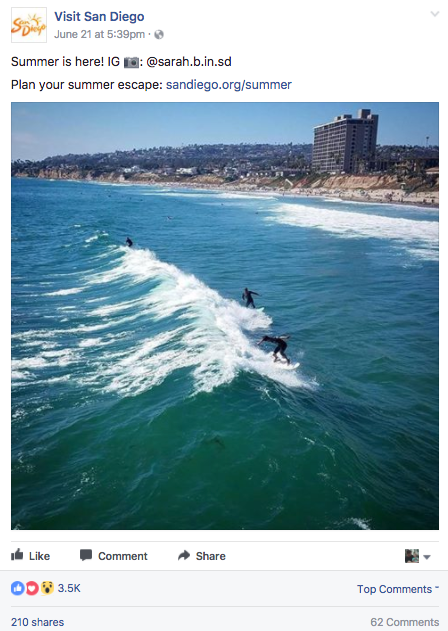 The June B2B Postcard was delivered to 6,381 meeting planners and was the third in a year-long series of video emails. Each month a new video will showcase a group of venues for potential meeting and event planners to consider. The open rate for the June B2B Video Postcard was 18.7%, which represents over 1,170 meeting planners. The June video showcased unique beach-side venues and featured:

@SDTAConnect Twitter base grew by 2% from last month to 3,333 followers. There were 49 tweets during the month.

This month, the tweet with the most exposure (3,352 impressions) and engagement (50) was a congratulatory message to La Jolla Playhouse artistic director Christopher Ashely on winning a Tony Award.

The “Awesome All Year” national digital campaign promoting upcoming major events continued in June with native content articles, listicles and infographics running with Buzzfeed, Nativo and Thrillist. Paid social advertising supported the campaign with social canvas and slideshow units running on Facebook and Instagram. The “Awesome All Year” campaign delivered more than 8.6 million impressions in June with a media spend of $135,616.62.

5 New Members joined in June equating to $2,750 in annual dues revenue.
20 Members attended the Open Office Hours on the 23rd to learn how to best maximize benefits.

The Hotel Meetings Sales Team converted 86 bookings, generating 52,675 Room Nights in the month of June, finishing out the fiscal year at 102.9% to goal.

Veronica Rivera attended Luxury Meetings Summit in Los Angeles and Orange County, CA. She received 10 leads totaling 1,700 room nights with one RFP for 1,600 room nights to be sourced in 2018. 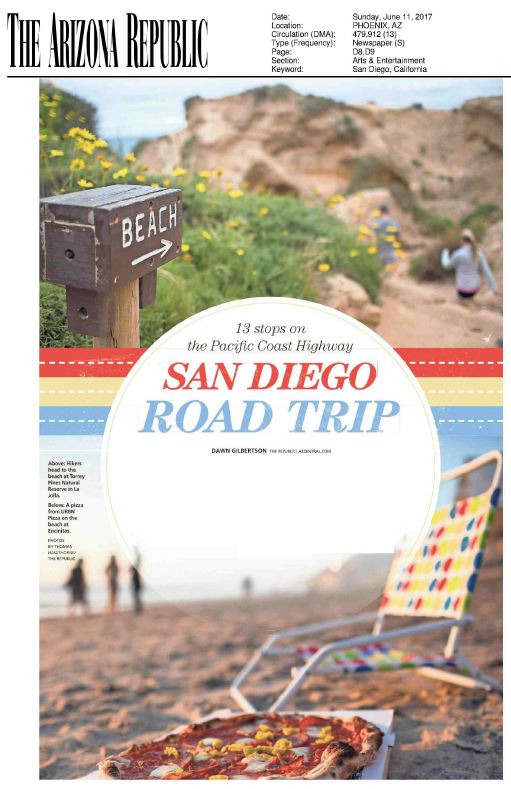 International sub-totals from this grand total are:

The entire travel trade team traveled to US Travel’s IPW Tradeshow in Washington D.C. in early June where they participated in over 120 one-on-one appointments with trade clients from around the world.  Appointments focused on getting a recap on 2016 sales, hearing forecasts for 2017 sales, and discussions on potential promotional opportunities in each of our top markets to showcase the destination even further.

SDTA’s Japan representatives hosted a consumer event “San Diego Beer Night” in Tokyo and invited exclusive members of Qualita, the luxury brand of H.I.S., where Tomoe Matsunaga gave a presentation to introduce high-end products in San Diego. Also, SDTA invited Nagano Trading, a distributor of San Diego craft beer in Japan, as a guest speaker to talk about San Diego’s beer culture and its craft beer. The participants of the event enjoyed a tasting of 5 different San Diego beers during the presentation. Also, H.I.S created a 3-night luxury San Diego tour package which included a brewery tour and was promoted during the event.

SDTA hosted a luncheon and invited the members of Japanese Tour Operator Association known as “Agent Kai”. 12 San Diego partners and Phil Hannes, senior director of international marketing, joined Riki Suzuki, travel trade development manager, in Torrance for this opportunity to network with key Japanese operators based in the LA area. The event was well-attended with 26 clients to whom Riki provided the updated information of San Diego through the presentation during the luncheon.