Below are some of the sales & marketing highlights from various departments during the month of March 2017. 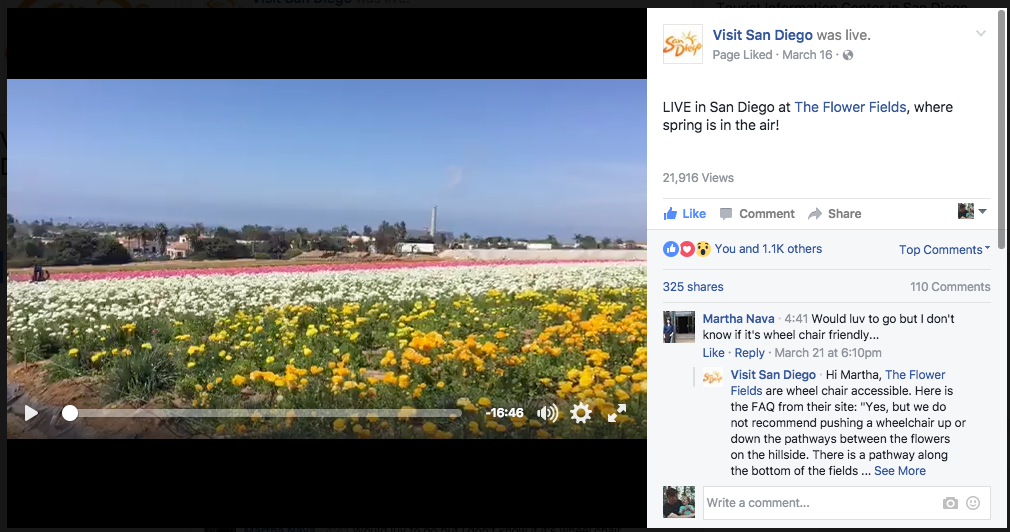 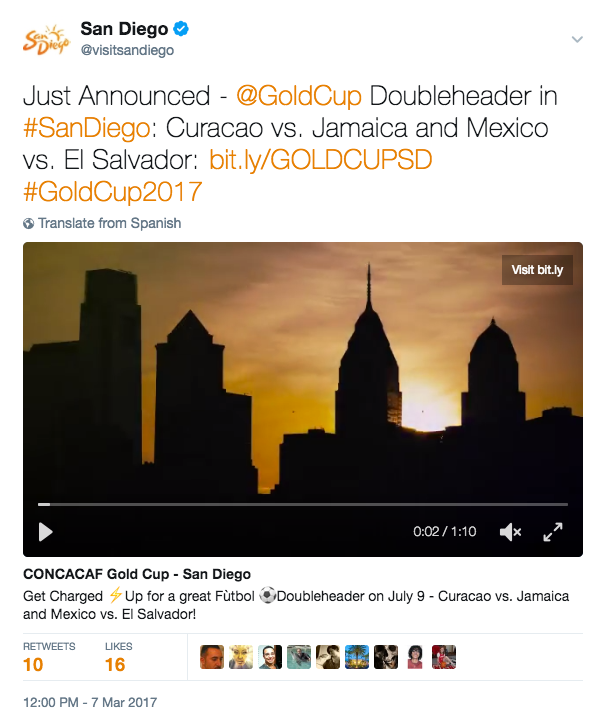 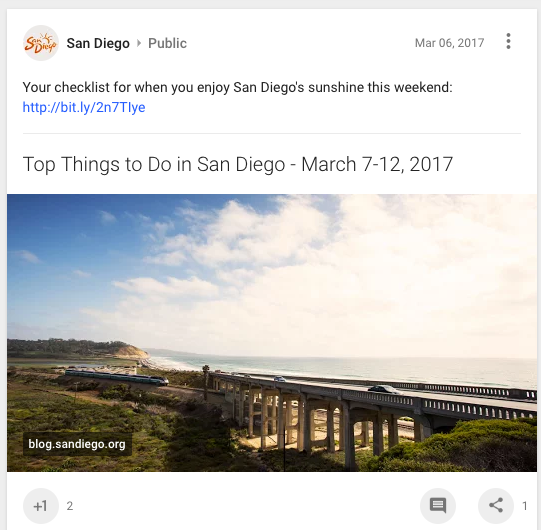 In March we ran Google PPC directing to the Luxury and Value pages for the sub regions. Total spending in March for the sub regions was $6,996.09 generating 1.9 million impressions and 7,608 clicks for an average click through rate of .39%. 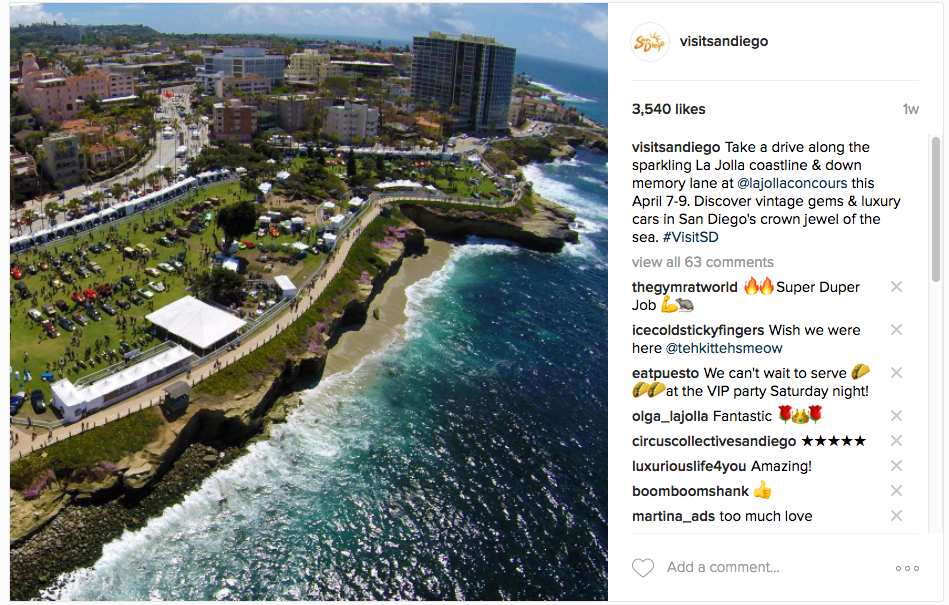 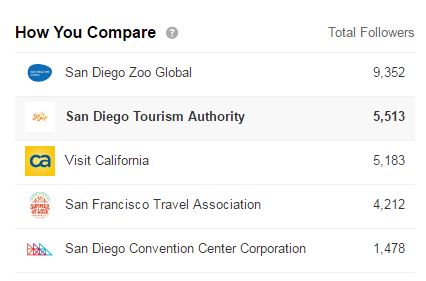 @SDTAConnect Twitter base grew by 2% from last month to 3,171 followers. There were 55 tweets during the month.

This month, the tweet with the most exposure (3,357 impressions) was sharing Sunrise On 7 in Australia. They made an announcement of U.S. destinations to be broadcast live from on their telecast. 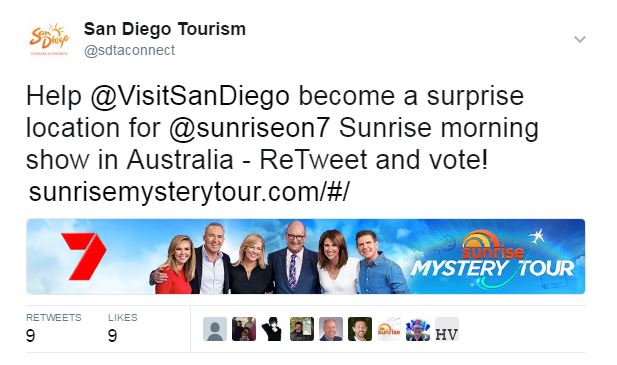 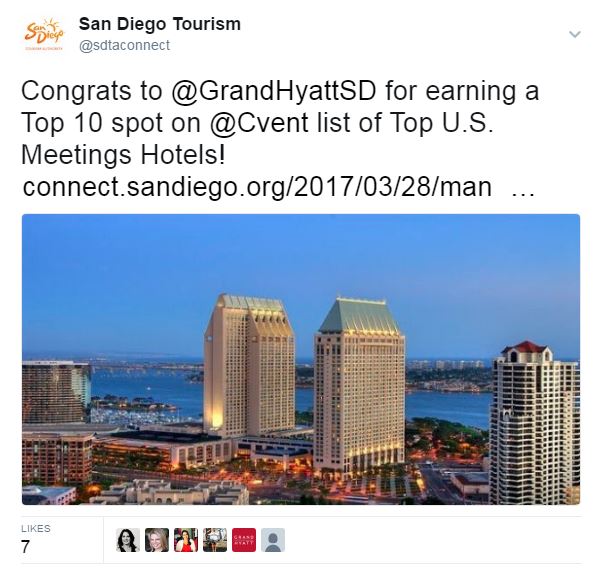 The B2B Account earned over 37,400 impressions during the month of March.

The San Diego Tourism Authority continued its Spring Spot TV rotation with :30 and :15 Brand and Family spots in Sacramento, San Francisco, Seattle, Chicago, Dallas and New York at a cost of $1,556,793.70 with 53,113,000 impressions delivered.

SDTA continued its digital video campaign in March featuring digital video and companion banners running on ABC, CBS, Hulu and Google/YouTube at a cost of $218,413.20 with 18,826,186 impressions delivered.

The Adult Spring Digital campaign continued with native content, digital banners, video, and social units (carousel/slideshows and canvas) running with Buzzfeed, Nativo, Sojern, and Facebook/Instagram for a total cost of $198,796.66 with 15,067,684 impressions delivered.

The Insight Spring Digital campaign continued in March with digital banners and native content running with Adara, TripAdvisor and TravelZoo. Total spend was $284,447.34 with 58,875,481 impressions delivered.

In March, San Diego Tourism Authority continued its Canada digital campaign with digital video running across Google/YouTube and Facebook/Instagram; pre-roll video running on CTV and Global TV; standard and rich media banners running with Sojern and TripAdvisor; and social carousels/slideshows running on Facebook/Instagram. Media spend for Canada digital was $195,301.73 including a BUSA contribution of $22,206.98 with 15,503,477 impressions delivered.

SDTA continued its UK Spring Digital campaign in March with standard and rich media display banners, and video running on Sojern, TripAdvisor, Quantcast, Teads, Google/YouTube and Facebook/Instagram, and social carousels/slideshows running on Facebook/Instagram. Total spend in March for the UK campaign was $303,453.39 including a BUSA contribution of $34,511.96; 32,439,859 impressions were delivered.

The SDTA began working on a licensing deal with Bay City Brewing on an official SDTA beer. The brew would be available in select locations in San Diego, starting this summer.

The SDTA entered into an agreement with the University of San Diego’s school of Continuing and Professional Education. The annual agreement makes USD the official continuing education partner of the SDTA, presenting sponsor of our quarterly social media seminars, content in our monthly member communications, and other event sponsorships.

10 Members attended the Open Office Hours on March 24th to learn how to best maximize benefits. 4 New Members joined in March bringing in $2.200 in annual dues revenue. The SDTA welcomes our newest members:

The Hotel Meetings Sales Team converted 71 bookings, generating 36,485 Room Nights in the month of March. These room nights are from “new” groups, that have not been to San Diego in the last 5 years. 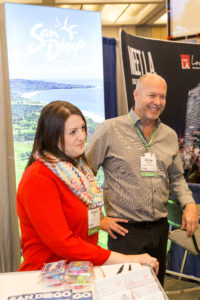 Gillian Ware attended Connect Diversity in Las Vegas where she received five leads for 2,820 room nights and many promises for RFP’s over next few months including two leads for the San Diego Convention Center and four for the Sports Alliance.

Debbie Jordan and Michelle Coombs, National Sales Directors hosted 14 customers at iFly, a San Diego member affiliate for an afternoon of adventure. Together they received two leads representing 3,032 room nights from a financial services company and an association.

Benjamin Eastman was joined by a representative of the USS Midway while participating in 2 shows in Copenhagen, Denmark. The first event was a Consumer Show held by FDM Travel where the San Diego team was able to visit with the 4,000 attendees to help educate and shape their California road trip itineraries to include San Diego. The team also had the opportunity to showcase the destination during a 15-minute Power Point presentation to a group of about 50 consumers.  The second event in Copenhagen provided the San Diego team with an opportunity to meet, educate and network with about 100 regional tour operators and travel agents during the USA Tradeshow.  Travelers from Scandinavia are currently the 3rd largest demographic using the British Airways flight and are prime candidates to utilize the new Condor & Edelweiss seasonal flights.

Benjamin was joined in Berlin by the USS Midway and the Hotel Del Coronado in the Visit California booth at the ITB Tradeshow – Germany’s largest travel trade tourism show. During the 3 day trade show, Benjamin had 27 meetings with clients and vendors to promote the new Condor & Edelweiss non-stop flights from the region, follow up on promotional activities that have been running and begin discussing future opportunities. San Diego members also had a number of meetings and conversations with clients, media and vendors promoting their products. The region was also highlighted to clients during Visit California’s Wine & Beer reception on two afternoons thanks to the generous donation of craft beer from Stone Brewery.

SDTA hosted the 4th Annual Asian Client Luncheon & Seminar in Arcadia. 16 of San Diego partners joined Riki Suzuki, Travel Trade Development Manager, to travel to Arcadia for the event and had opportunity to showcase their products in table top trade show style to about 40 Asian receptive operators attended the event. Riki was able to introduce new SDTA China Travel Trade Representatives, Cherrie Yang and Anita Yu, who were in town for training to both participated members and clients.

Riki joined Visit California’s Asia Sales Mission in South Korea and Japan. During the mission, Riki visited Seoul, Osaka and Tokyo where he was able to engage with over 130 travel professionals in the region by one-on-one appointments, presentations, workshops, office visits and networking opportunities.

Immediately following the Visit California Mission, Riki organized in-house seminar for TABIKOBO America team at their head quarter in Tokyo. Riki and SDTA Travel Trade Representative Japan, Tomoe Matsunaga, were able to train 10 product managers during about an hour of presentation and a Q&A session.