Below are some of the sales & marketing highlights from various departments during the month of February 2017. 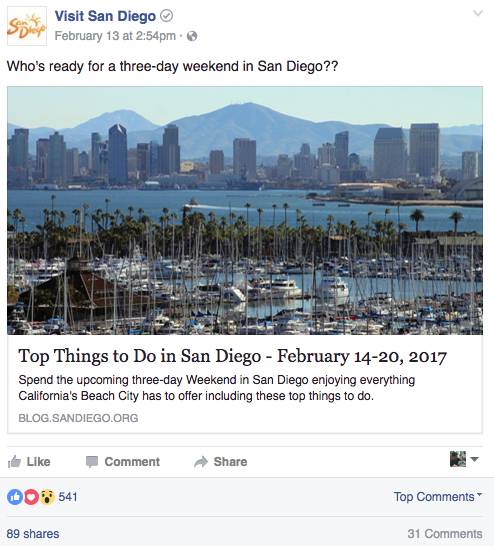 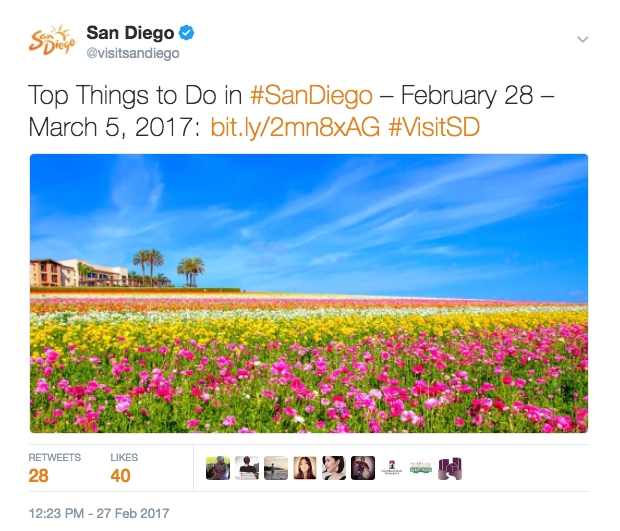 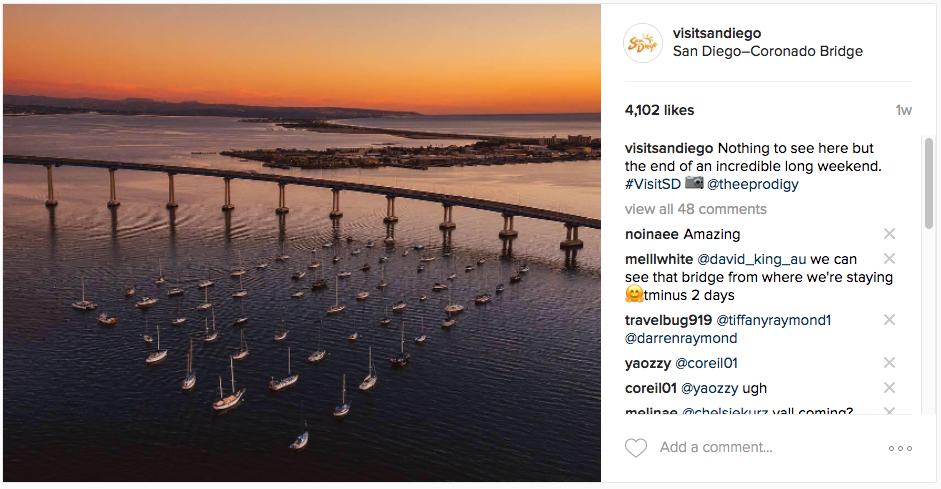 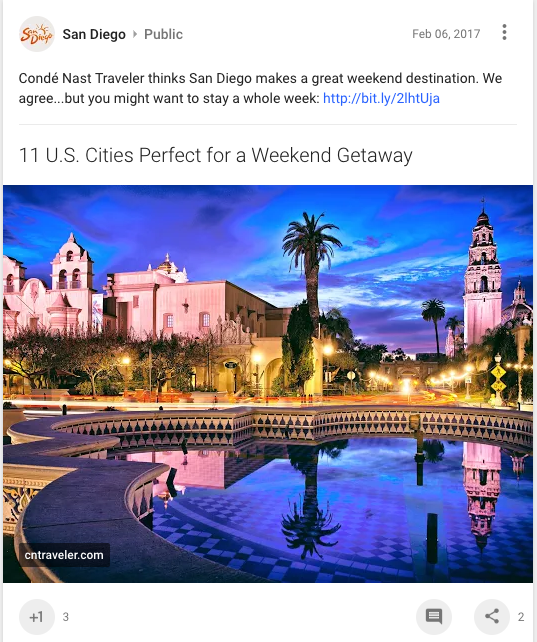 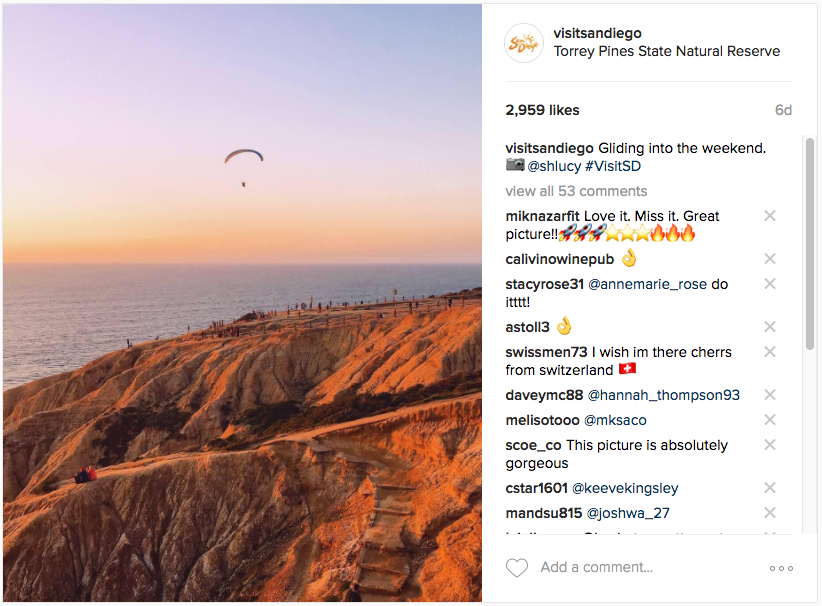 LinkedIn grew by 1% from last month to 5,410 followers, earning over 4,457 impressions. Year-over-Year the LinkedIn Audience grew by 15%. 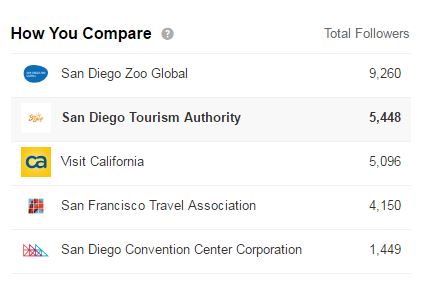 @SDTAConnect Twitter base grew by 2% from last month to 3,112 followers. There were 54 tweets during the month. 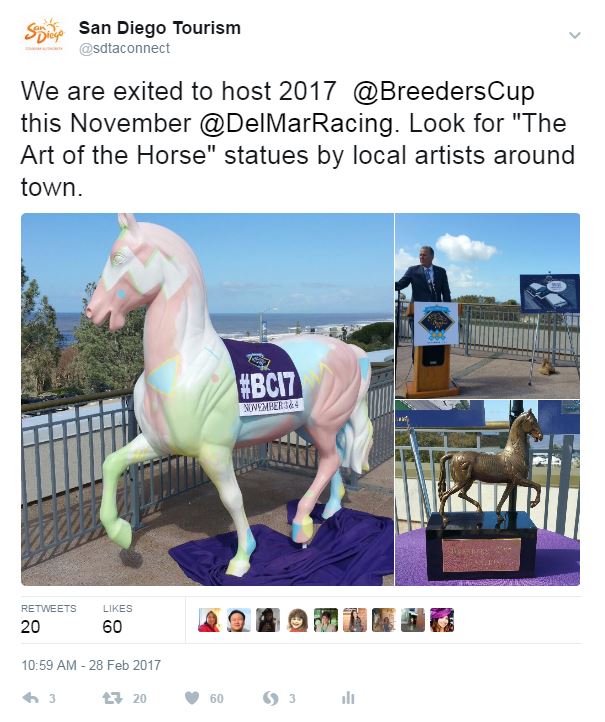 The San Diego Tourism Authority continued its Spring Spot TV rotation with :30 and :15 Brand and Family spots in Seattle, Chicago, Dallas and New York at a cost of $879,552.80 with 33,164,000 impressions delivered.

SDTA continued its digital video campaign in February featuring digital video and companion banners running on ABC, CBS, Hulu and Google/YouTube at a cost of $252,079.71 with 18,826,186 impressions delivered.

The Adult Spring Digital campaign continued with native content, digital banners, video, and social units (carousel/slideshows and canvas) running with Buzzfeed, Nativo, Sojern, and Facebook/Instagram for a total cost of $200,497.24 with 15,067,684 impressions delivered.

Finally, February marked the launch of the Insight Spring Digital campaign with digital banners and native content running with Adara, TripAdvisor and TravelZoo. Total spend was $255,748.00 with 44,156,610 impressions delivered. The total Leisure Advertising spend in February was $1,857,436.76 with 122,561,770 impressions delivered.

San Diego Tourism Authority continued its Canada digital campaign with digital video running across Google/YouTube and Facebook/Instagram; pre-roll video running on CTV and Global TV; standard and rich media banners running with Sojern and TripAdvisor; and social carousels/slideshows running on Facebook/Instagram. Media spend for Canada digital was $189,463.62 including a BUSA contribution of $21,754.02 with 12,904,416 impressions delivered.

SDTA continued its UK Spring Digital campaign in February with standard and rich media display banners, and video running on Sojern, TripAdvisor, Quantcast, Teads, Google/YouTube and Facebook/Instagram, and social carousels/slideshows running on Facebook/Instagram. Total spend in February for the UK campaign was $197,430.00 including a BUSA contribution of $22,995.01; 16,849,229 impressions were delivered.

Deal memos were signed with Tipsy Elves and Bay City Brewing. Tipsy Elves is in the fun clothing market with items like ugly Christmas sweaters, fun ski clothing and more. They were successfully featured and funded on Shark Tank and are headquartered in downtown San Diego. Bay City Brewing is a San Diego craft brewer and SDTA Member. Bay City will work with SDTA on a signature brew for distribution.

12 Members attended the Open Office Hours on the 24th to learn how to best maximize benefits.

Communications traveled to London to hold deskside editorial meetings along with the Black Diamond PR team. While in London, the team met with leading outlets including Waitrose Food, Suitcase, The Guardian, Vice, Escapism, Attitude and others. 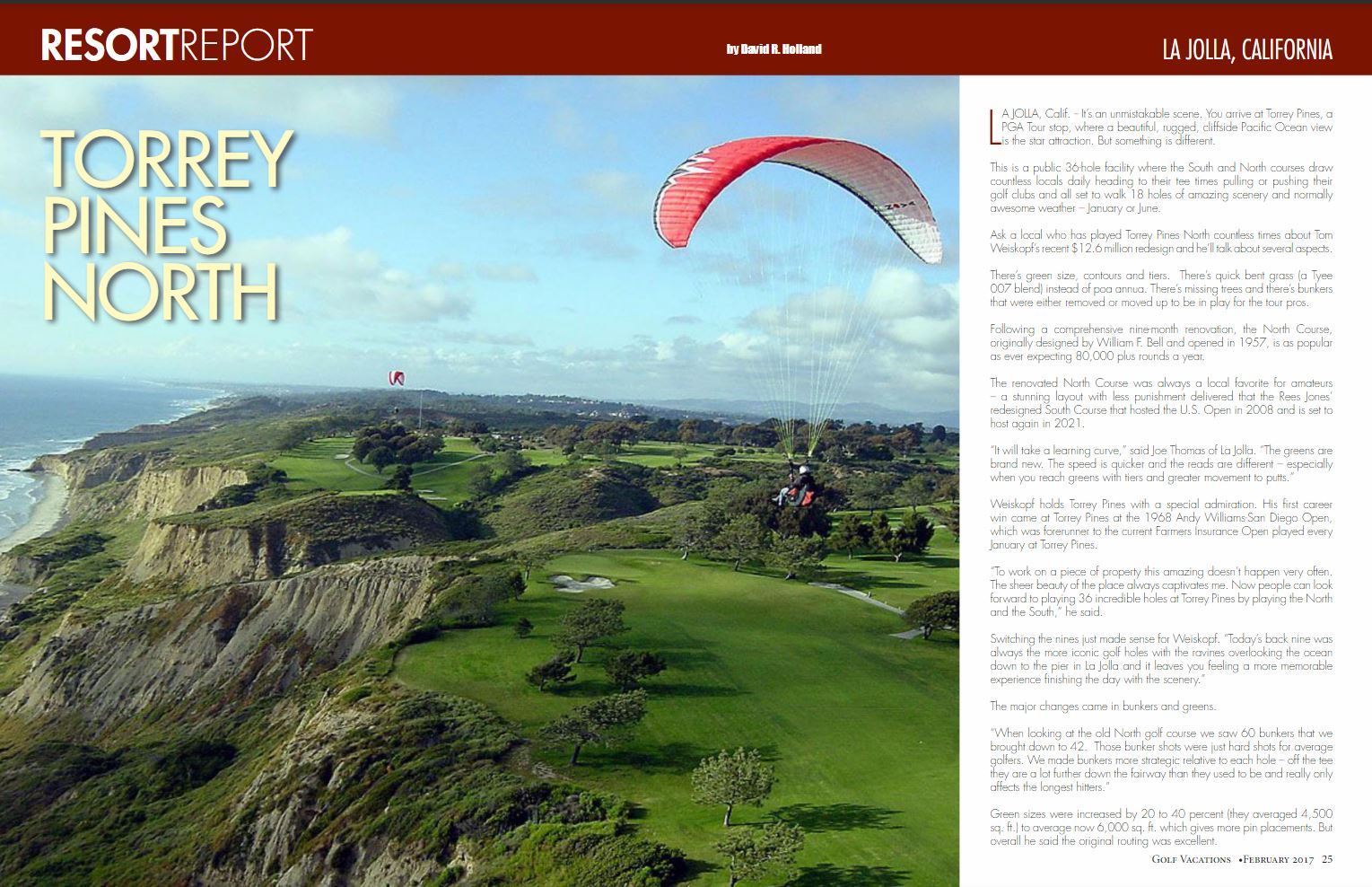 International subtotals from this grand total are:

In February, our German Representation firm, MSI, attended the FRAPORT industry training event. The event, co-hosted by Condor Airlines and Brand USA, highlighted all the destinations that Condor flies directly to and from Frankfurt – with special emphasis on their new destinations for 2017. In total, 26 local travel agents attended the event to learn about Condor’s latest destination – San Diego!