Below are some of the sales & marketing highlights from various departments during the month of January 2017. 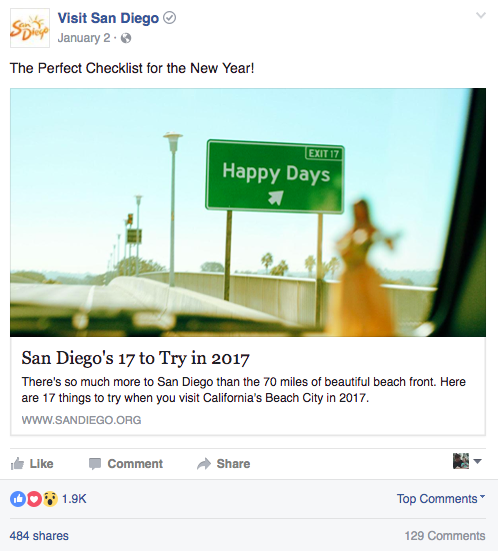 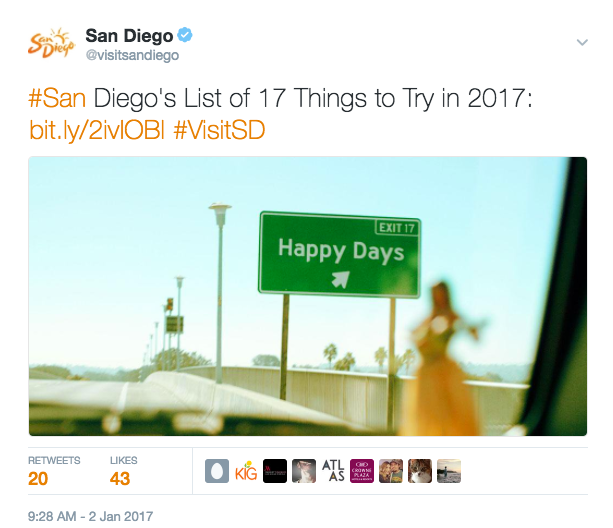 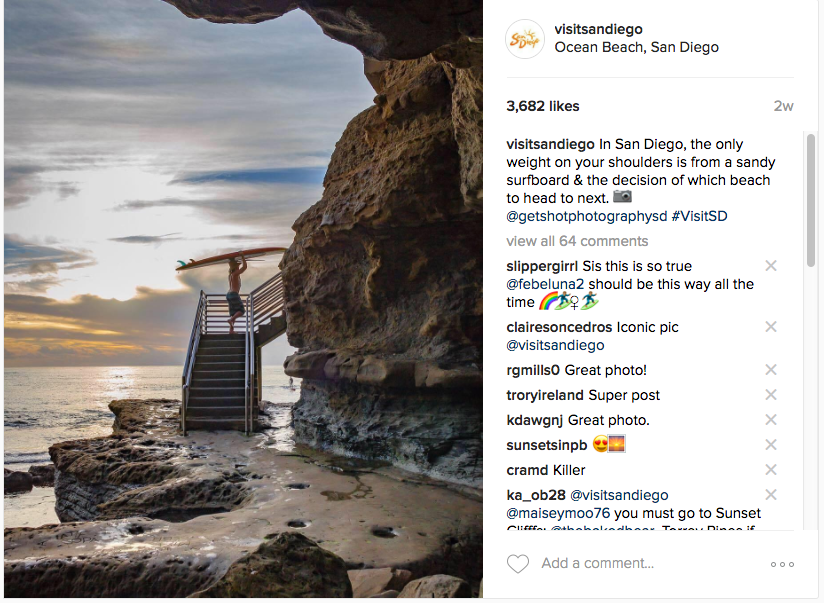 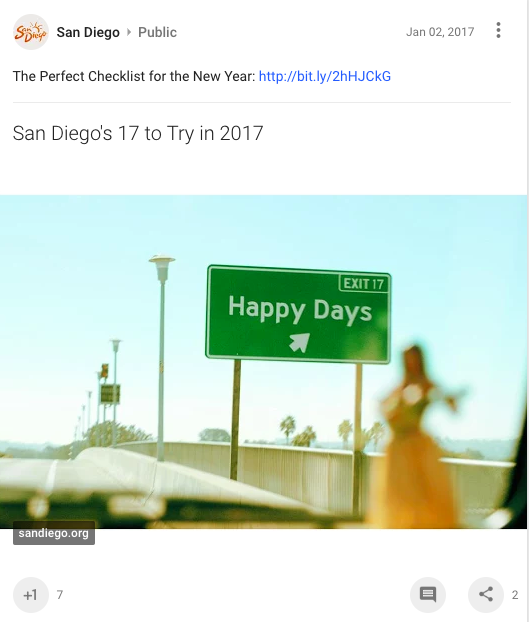 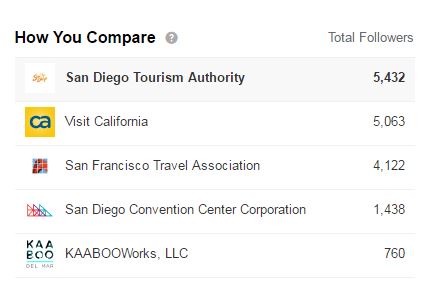 TWITTER:  @SDTAConnect Twitter base grew by 2% from last month to 3,053 followers. There were 46 tweets during the month.

This month, the tweet with the most exposure (2,113 impressions) was a congratulatory post about the Fairmont Grand Del Mar Resort earning a No. 1 spot on TripAdvisors Readers Choice Awards.

The tweet with the most engagement was the announcement of Soccer City plans aboard the USS Midway Museum.   This tweet earned 1,633 impressions and 86 engagements. 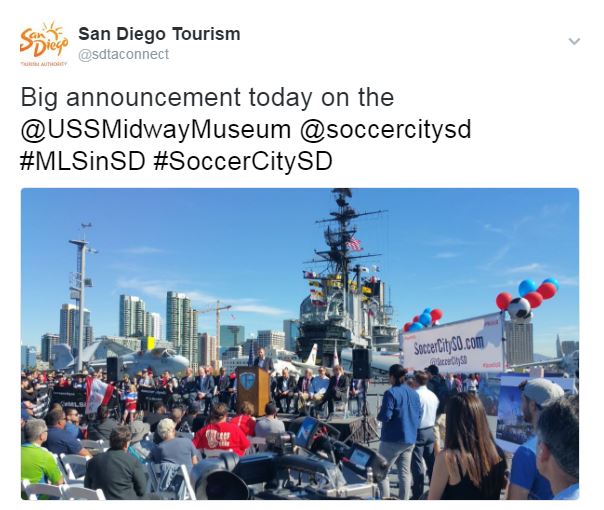 SDTA ran a single insertion in San Diego Magazine for a total spend of $3,495.00 with 47,130 impressions delivered.

SDTA continued its digital video campaign in January featuring digital video and companion banners running on ABC, CBS, Hulu and Google/YouTube at a cost of $256,768.21 with 15,039,993 impressions delivered.

The Adult Spring Digital campaign launched with native content, digital banners, video, and social units (carousel/slideshows and canvas) running with Buzzfeed, Nativo, Sojern, and Facebook/Instagram for a total cost of $94,432.00 with 7,533,841 impressions delivered.

Finally, the Foundational Social campaign kicked off on Facebook with paid promotion of organic posts for the Engage layer, and carousels and single image ads for the Always On layer; total spend was $41,600 with 1,152,000 impressions delivered. The total Leisure Advertising spend in January was $1,236,523.41 with 67,818,847 impressions delivered.

In January, San Diego Tourism Authority continued its Canada digital campaign with digital video running across Google/YouTube and Facebook/Instagram; standard and rich media banners running with Sojern and TripAdvisor; and social carousels/slideshows running on Facebook/Instagram. Media spend for Canada digital was $272,151.21 including a BUSA contribution of $28,636.86 with 14,429,271 impressions delivered.

SDTA launched the UK Spring Digital campaign in January with standard and rich media display banners, and video running on Sojern, TripAdvisor, Quantcast, Teads, Google/YouTube and Facebook/Instagram, and social carousels/slideshows running on Facebook/Instagram. Total spend in January for the UK campaign was $184,565.45 including a BUSA contribution of $21,513.30; 16,849,229 impressions were delivered.

SDTA ran an insertion in the BUSA Travel Inspiration Guide in January at a media cost of $22,100.00 with 575,000 impressions delivered.

The SDTA welcomes our newest members:

The Hotel Meetings Sales Team converted 11 bookings, generating 14,019 Room Nights in the month of January.  These room nights are from “new” groups which have not been to San Diego in the last 5 years.

Michelle Coombs and Debbie Jordan, National Sales Directors in the Washington, D.C. and Virginia markets, hosted 12 customers to a unique San Diego inspired event with indoor flying at iFly and dinner at Uncle Julio’s in Edgewater, MD. This unique event brought in one lead for 1,895 room nights to the destination.

Communications traveled with Visit California on a mission to Mexico including stops to meet with media in Guadalajara and Mexico City. While in Mexico City, our PR manager stayed on for one on one desk-side meetings with key media including El Gourmet, Forward Travel, Apasionado, Open and more.

Phil Hannes, Sr. Director of International Marketing participated in the annual California Alliance Sales Mission along with 8 San Diego members presenting to 73 retail agents in Mexico City.  He met one-on-one with 12 top wholesalers and OTA’s, and with staff from Aeroméxico to discuss CBX and collaborative opportunities with incoming Tijuana flights.

Tomoe Matusnaga, Travel Trade Representative in Tokyo, participated in the Club California Nagoya event on January 27th. The event welcomed about 50 travel trade professionals from the region, where Tomoe gave a presentation to promote San Diego and network with the attendees.