Below are some of the sales & marketing highlights from various departments during the month of December 2016.

Special events in December focused on the holidays, Bowl Games and the start of whale watching season. 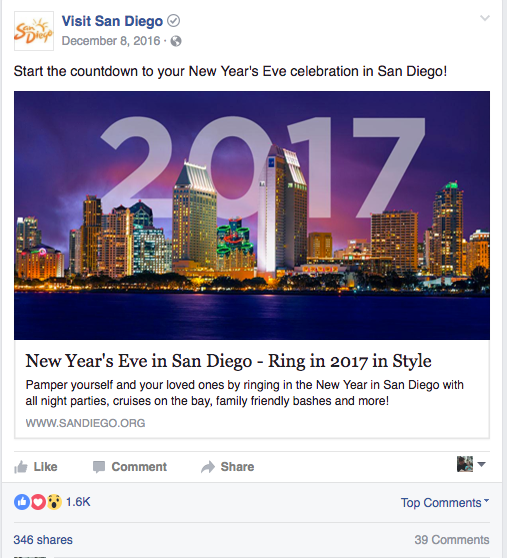 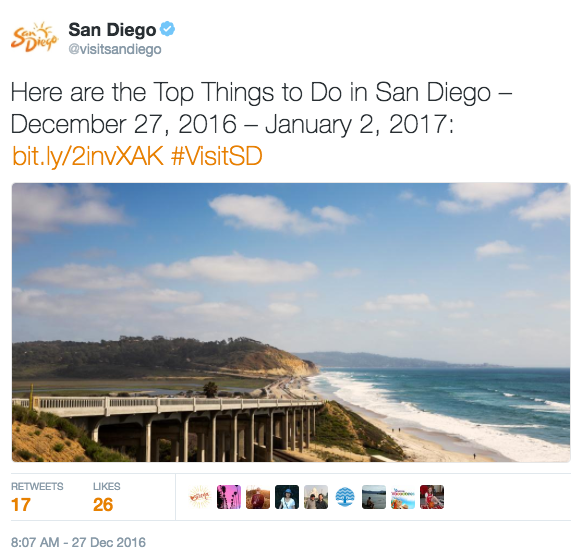 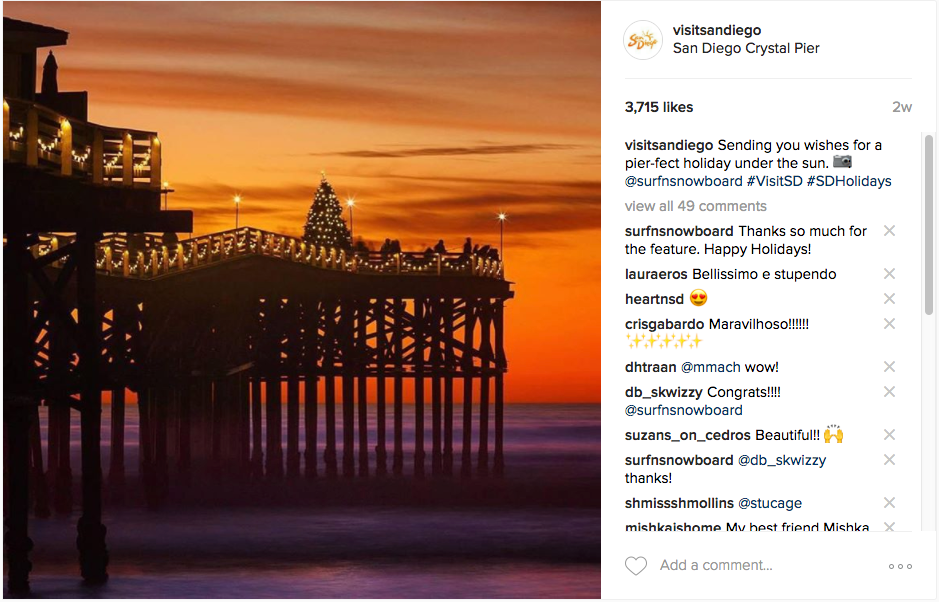 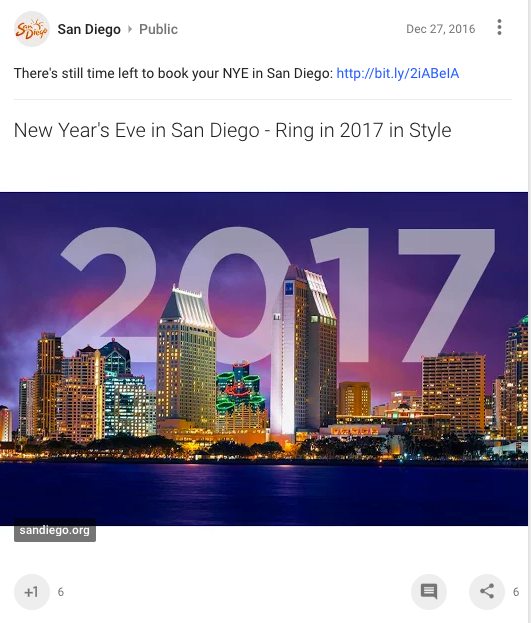 Overall traffic to the Luxury and Value pages on sandiego.org was 8,480 site visitors in December.  The social media team, in partnership with Casual Fridays, launched the following campaign: Holiday Happenings. 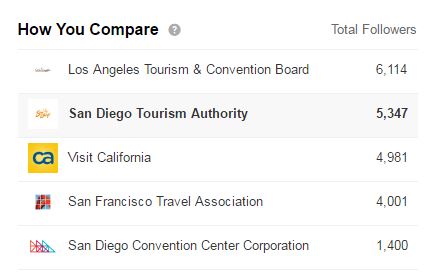 @SDTAConnect Twitter base grew by 1% from last month to 2,980 followers. There were 32 tweets during the month.

This month, the tweet with the most exposure (1,396 impressions) was a congratulatory tweet about Fairmont Grand Del Mar earning a spot on Open Table’s Best Restaurants in America List for 2016.

Two tweets share this month’s top spot for engagement, each with 36. 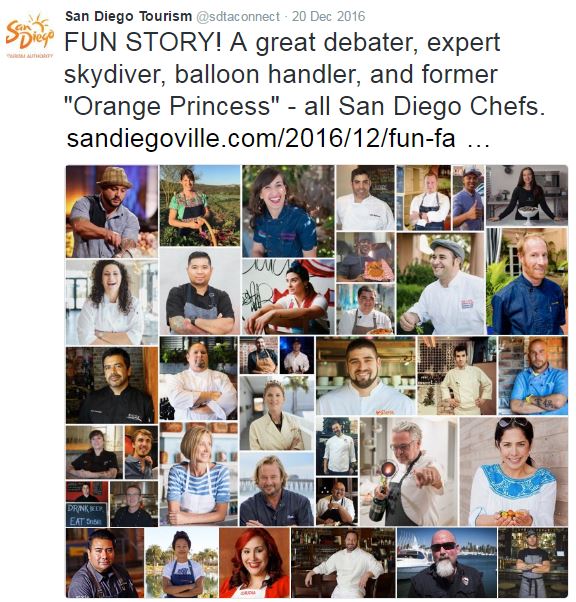 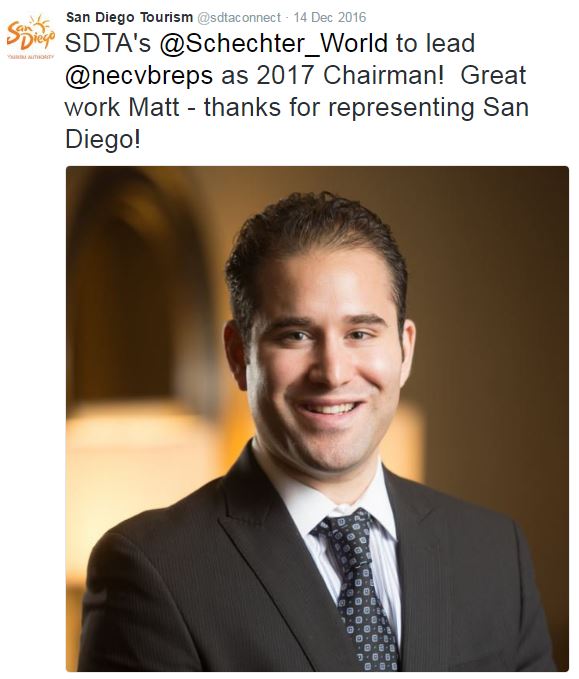 The B2B Account earned over 14,000 impressions during the month of December.

In December 2016, the San Diego Tourism Authority ran a single insertion in the California Visitor’s Guide for a total spend of $27,667 with 500,000 impressions delivered.

In December, San Diego Tourism Authority continued the Canada digital campaign with digital video running across CTV, Global TV and Facebook/Instagram; standard and rich media banners running with Sojern and TripAdvisor; and social carousels/slideshows running on Facebook/Instagram. Media spend for Canada digital was $162,698.15 including a BUSA contribution of $18,912.94 with 11,474,416 impressions delivered.

The Hotel Meetings Sales Team converted 79 bookings, generating 51,936 Room Nights in the month of December, achieving 106% to goal.  These room nights are from “new” groups, that have not been to San Diego in the last 5 years. 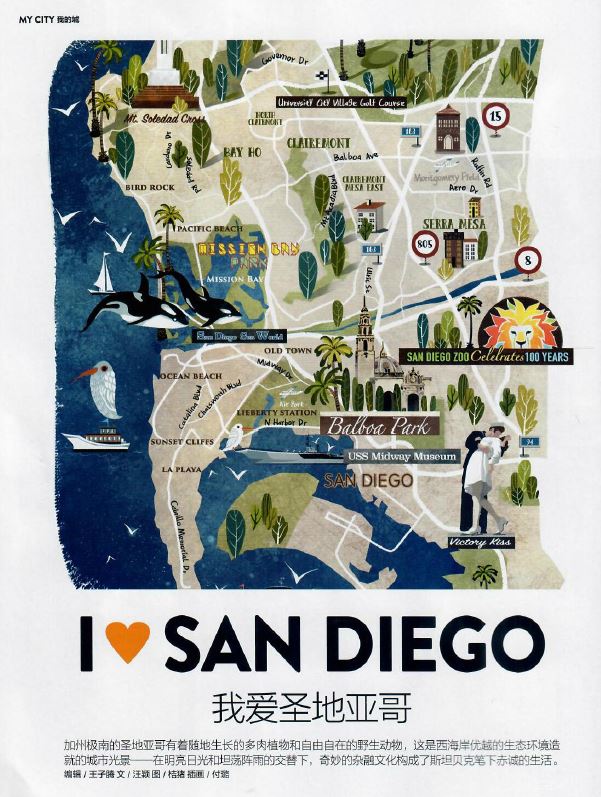 In December, Communications worked with Hemispheres, the in-flight magazine of United Airlines, to create a San Diego-focused edition of “Dossier,” the magazine’s series on economic development. The SDTA and Economic Development Corporation met with magazine editors to discuss content and help select companies and areas of San Diego to highlight in the multi-page feature, which will appear in the magazine’s March issue.

Communications hosted a variety of media from the U.S., Canada, Italy and the U.K. in December including the Chicago Tribune, Hello Vancity (Canada), and the Orange County-based family magazine Marmalade.

In mid-December, San Diego hosted the Travel Industry Exchange which brought over 500 top travel agents from around the globe to meet with suppliers and also to visit San Diego. Albert Navarro, Travel Trade Manager, represented San Diego at the show and met with 25 top travel agents to discuss future business opportunities. Agents also had time to explore San Diego.