Below are some of the sales & marketing highlights from various departments during the month of November 2016.

Web traffic for November included 374,450 user sessions and we posted a total of 93 Tweets, 59 Facebook posts, 28 Google+ Posts and 18 Instagram posts through our social channels, 6 blogs, and distributed 11 consumer emails. 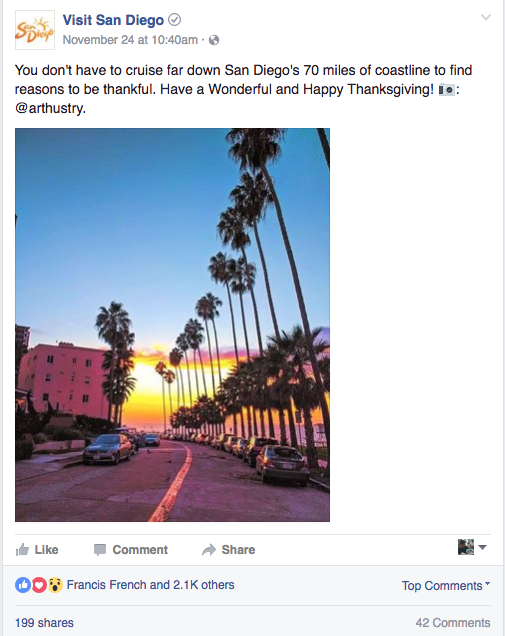 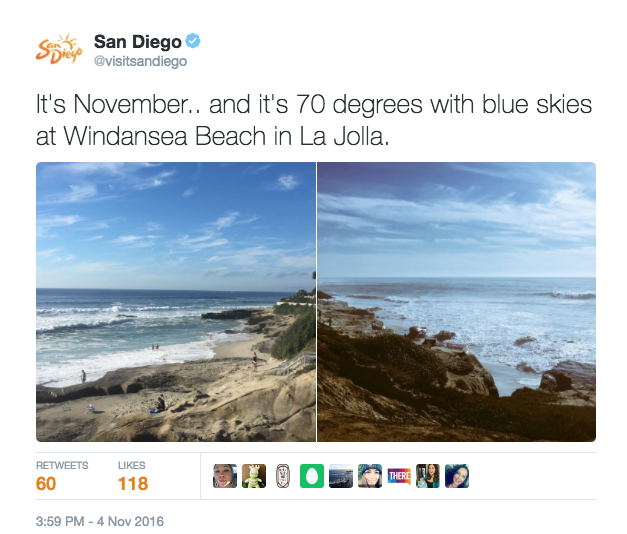 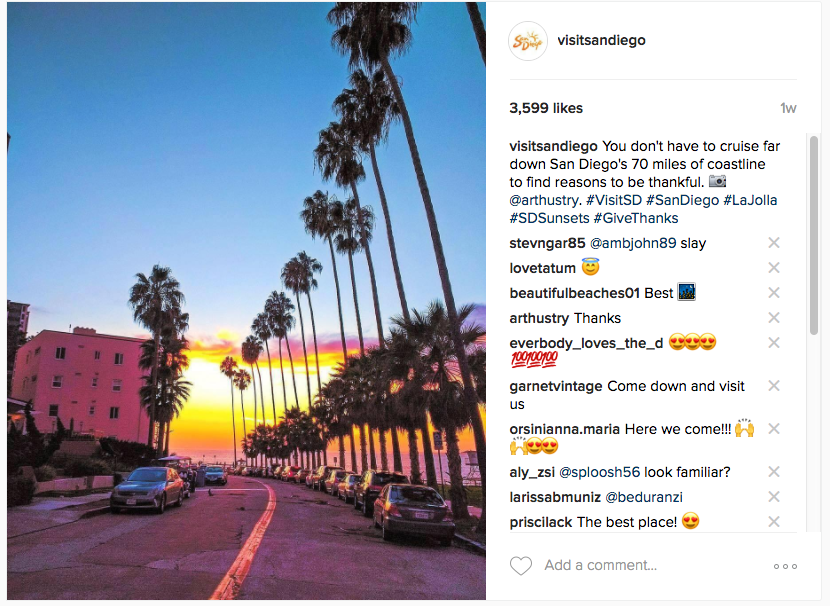 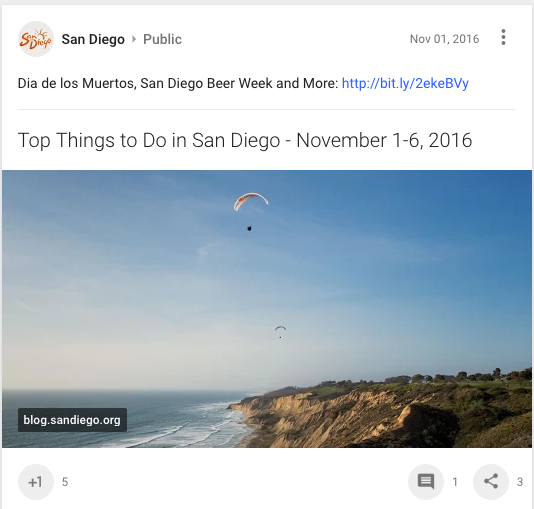 In November, we ran Google PPC directing to the Luxury and Value pages for the sub regions. Total spending in November was $8,691.08 generating 1.1 million impressions and 5,490 clicks for an average click through rate of .47%. 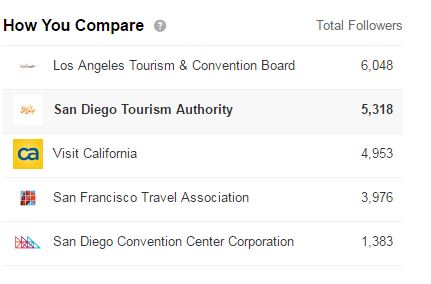 @SDTAConnect Twitter base grew by 2% from last month to 2,954 followers. There were 27 tweets during the month.

This month, the tweet with the most exposure (119,599 impressions) was a congratulatory post about the Fairmont Grand Del Mar Resort earning a No. 3 spot on Best 5-Star hotels in USA by Trivago. This tweet also earned the most amount of engagements with 176. 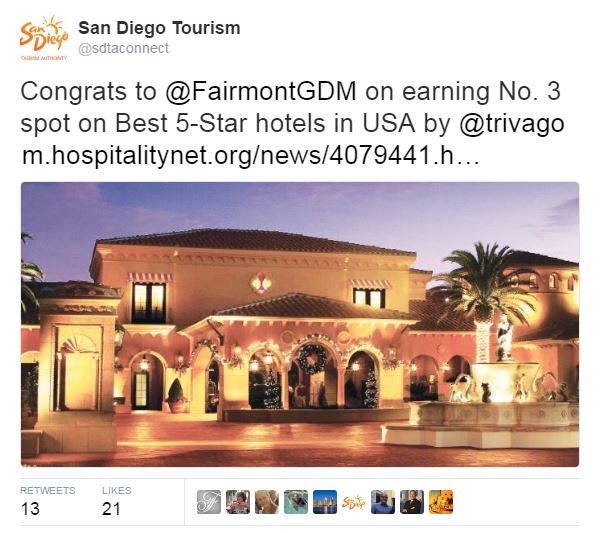 The B2B Account earned over 140,000 impressions during the month of November.

4 New Members joined in November, $2,880 in annual dues revenue. 8 Members attended the Open Office Hours to learn how to get the most out of their Membership.

The Washington DC SDTA office held their annual client event. The team, together with 15 partners, held their event at Serenity Day Spa and met with 65 clients.  Michelle Coombs and Debbie Jordan, National Sales Directors, brought in one lead for 880 room nights at the event with many more to come. 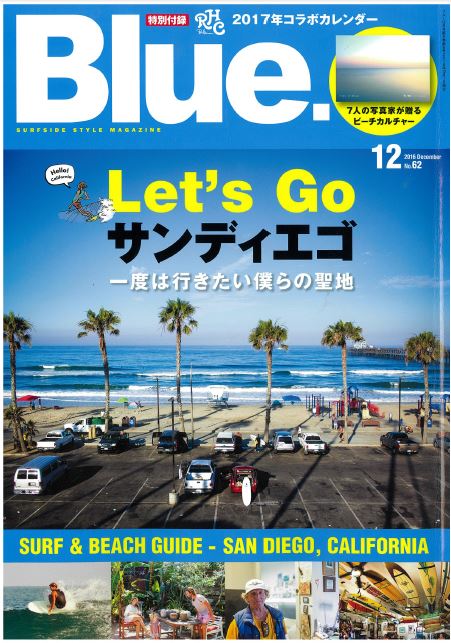 Benjamin attended Visit California’s Germany Sales Days in Frankfurt & Hamburg. News of the 2017 launch of our Frankfurt & Zurich flights is being well received in the region and the SDTA is coordinating a number of promotions with local tour operators to promote them to consumers throughout Germany & Switzerland.

Albert and four San Diego partners visited the Walt Disney Travel Call Center in Anaheim for a training and lunch in early November. Over 200 agents and training managers were on-hand to learn about the latest and greatest San Diego has to offer. Agents were quizzed on their San Diego product knowledge with a chance to win SD prizes. 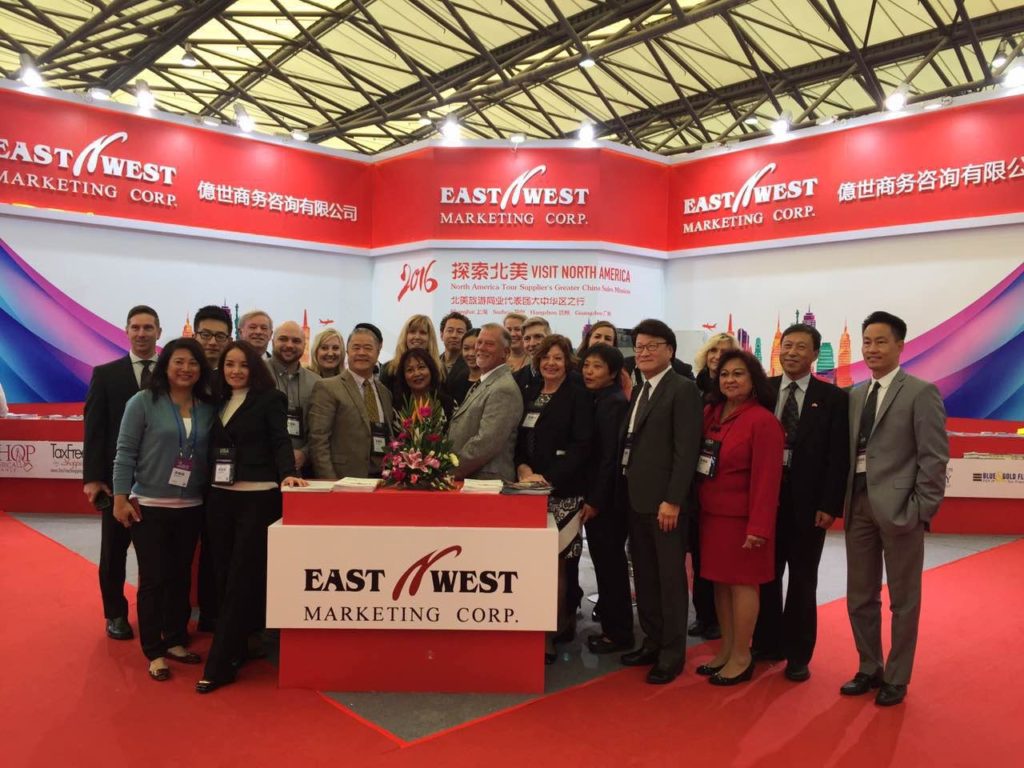 Jayce Guo, SDTA’s Travel Trade Representative in Beijing, participated in the Club California Product Development Series. She had an opportunity to give a destination presentation to educate and update 11 top accounts in Beijing. Also she was able to farther network with them during the team building activities at the event.

Tomoe Matusnaga, SDTA’s Travel Trade Representative in Tokyo, participated in the Club California Osaka event on November 25th. The event welcomed over 60 travel trade professionals from the region, where Tomoe gave a presentation to promote San Diego and network with the attendees.