The 2017 World’s Best City Brands Report by Resonance evaluates global principal cities with a metropolitan population of 2 million or more, and capital cities with a population of 1 million or more. The Top 100 cities in the world are ranked in the report. Principal cities are defined as the largest city in each urban area. For each city, the Resonance ranking considers both statistical performance and qualitative evaluations by locals and visitors on social media via the comments, images and reviews they share. Resonance grouped 20 areas of evaluation into the six core categories of Place, Product, Programming, People, Prosperity and Promotion.

San Diego earned the No. 9 spot for Top City Brands for Place. 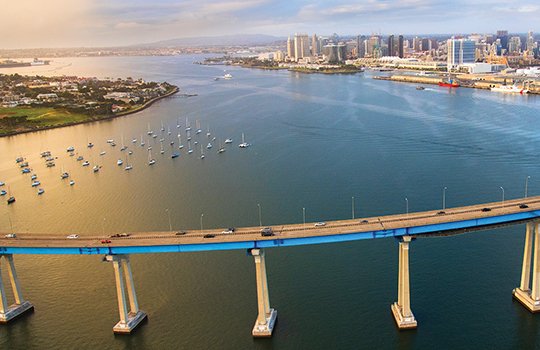 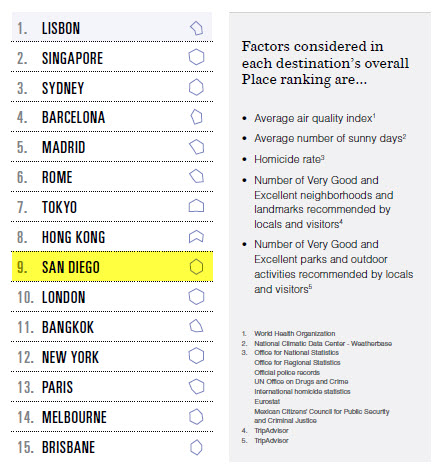 ABOUT THE CATEGORY: PLACE
It’s the most layered category and quantifies a city’s elusive sense of place.

Both the natural and the built environment of a city are key factors in shaping our perception of a destination. From how often the sun shines, to the air quality, to the safety of the streets, a number of readily measurable, often cited factors influence our perceptions of a city.

To gauge the relative attractiveness of a city’s placemaking, Resonance identifies the number of Very Good and Excellent local and traveler-recommended neighborhoods, landmarks, parks and outdoor activities on TripAdvisor for each destination.