Below are some of the sales & marketing highlights from various departments during the month of March 2016.

Web traffic for March included 603,994 user sessions between the desktop and mobile websites and we posted a total of 138 Tweets, 94 Facebook posts, 43 Google+ Posts and 22 Instagram posts, 9 blogs, and distributed five consumer emails. 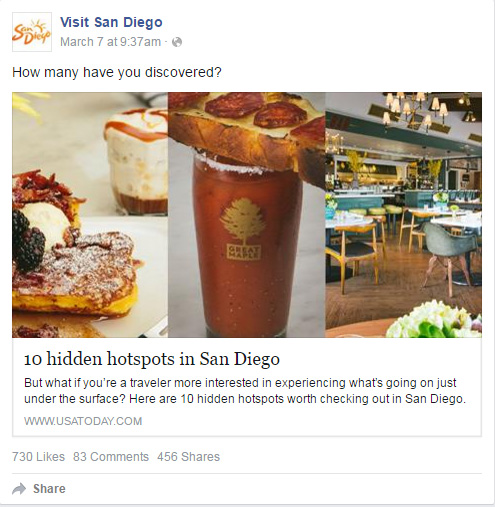 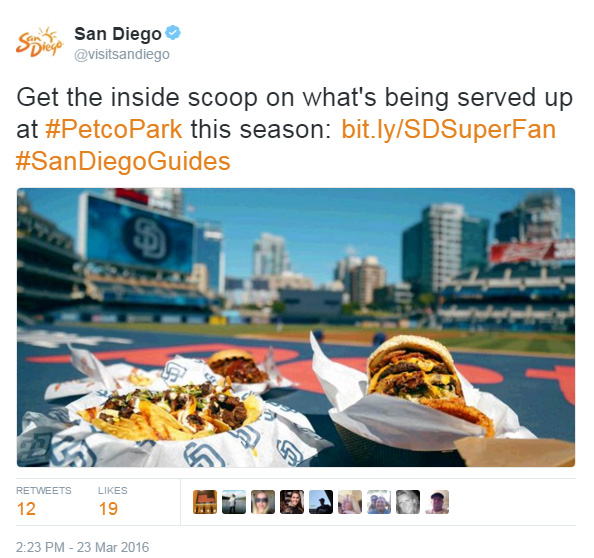 In March, we ran Luxury and Value pay-per-click advertising on Google for the sub regions totaling $3,040.28 which generated 33,163 impressions and 1,515 clicks for a total click through rate of 4.6%.

Overall traffic to the Luxury and Value pages on sandiego.org was 444 visitors.  The social media team, in partnership with Casual Fridays, shared 66 pieces of content on Facebook, Instagram, Twitter and Google+ highlighting the Journey to San Diego Sweepstakes, Point Loma Heritage, and Timeless Views.  The sweepstakes reached over 3 million people, generated over 17 thousand engagements and over 26 thousand entries for an estimated promotional value of over $24 thousand. 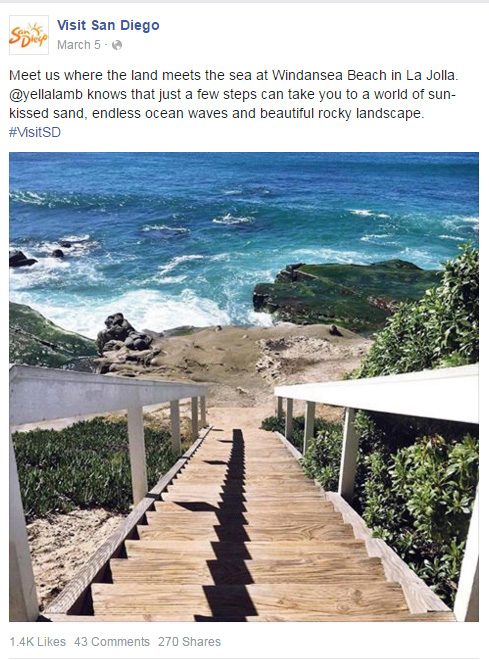 The March B2B Postcard was delivered to approximately 7,600 meeting planners and provided an overview of new and updated Green Initiatives implemented by hotel and attraction partners in the destination. The open rate for the B2B Postcard was 18.6%, which represents over 1,377 meeting planners. We’ve seen a 3% increase in open rate after switching the format of the newsletter for the new year. 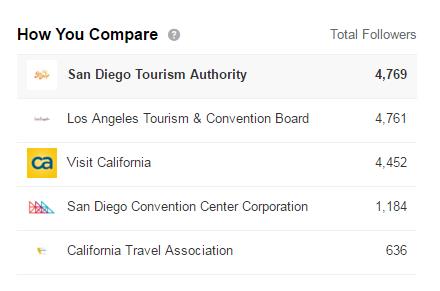 @SDTAConnect Twitter base grew by 3.8% from last month to 2,370 followers. There were 46 tweets during the month.

This month, the tweet with the most exposure (1,145 impressions) was a link to the Money Magazine article naming San Diego as the top spot on “Best in Travel Awards” 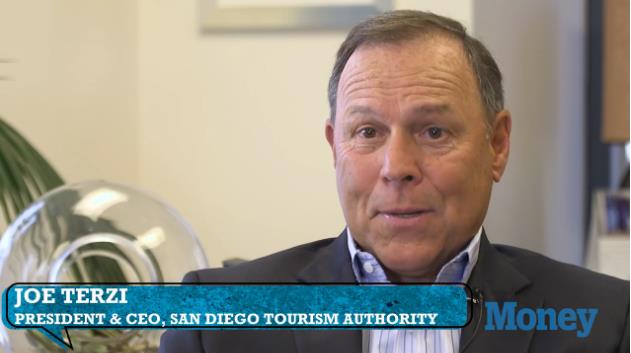 Revenue Development – The SDTA entered into event partnership with the San Diego Film Festival as part of the venture with ticket software partner TicketSauce.

We’re happy to welcome these new members in the month of March.

The Hotel Meetings Sales Team converted 75 bookings, generating 48,953 Room Nights in the month of March, achieving 139.9% of our goal.

Throughout the month of March, members of the Hotel Sales Meetings team attended Luxury Meetings Summit in seven cities. Together they received nine leads totaling 3,000 potential room nights for the destination.

Matt Schechter, National Sales Director attended Meet NYC with Associate Director of Sales, Rachel Strong from the Hard Rock Hotel. The two also did pre and post shows together and met with over 75 customers. Matt received four leads totaling 1,500 potential room nights for the destination. Later in the month, from March 20-26, Matt attended the Pharma Forum in New York City where he connected with over 50 customers and received five leads totaling 1,500 potential room nights.

National Sales Director, Andrea O’Hara, along with three hotel partners, hosted a client event in Dallas at the Iron Cactus restaurant where attendees learned about San Diego: A Smart City.

The PR team also joined Travel Trade to staff a San Diego booth on Avenida Revolución for  a Tijuana CVB (COTUCO) event to launch the start of tourism season in Baja. 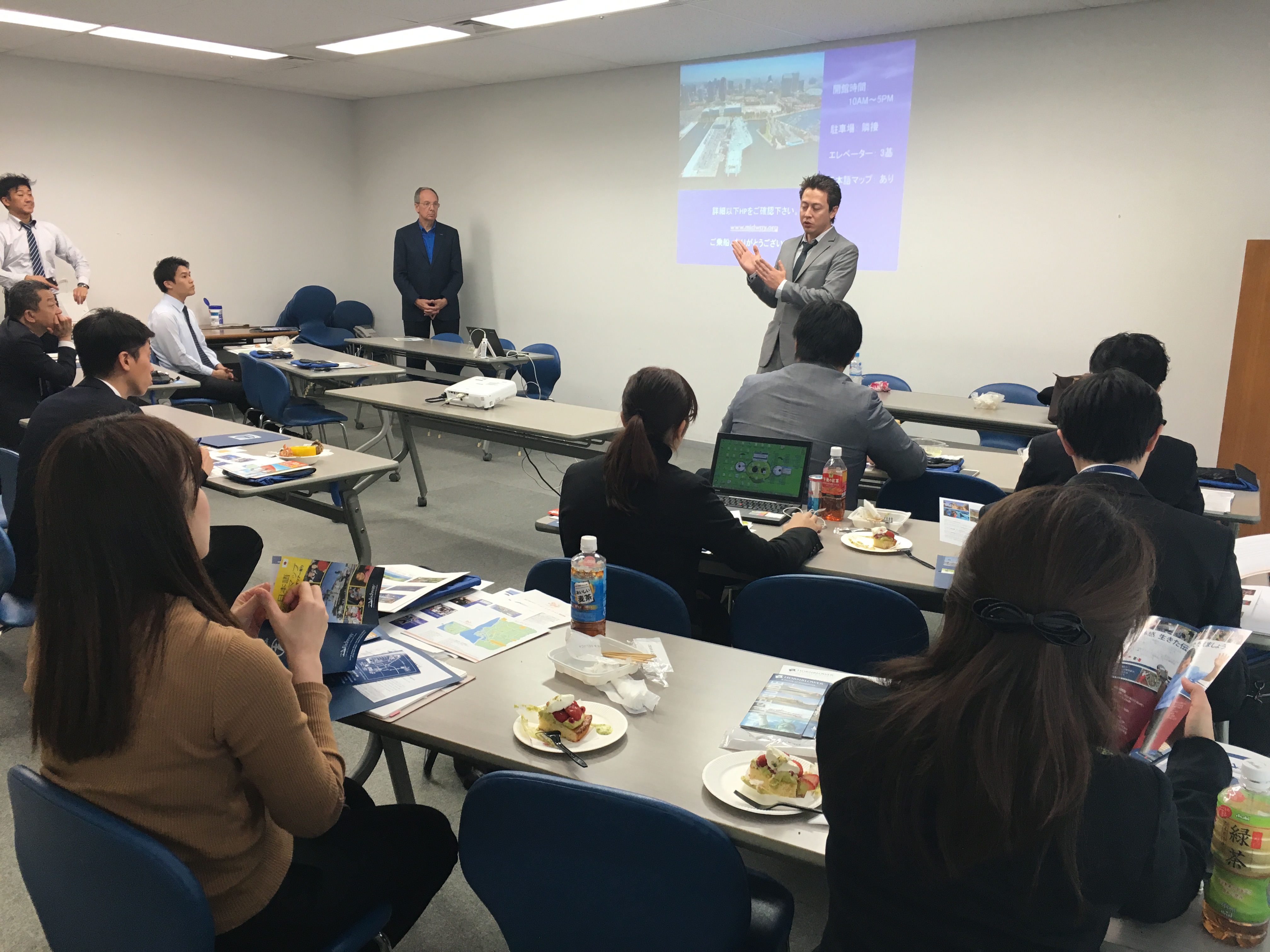 Before the sales mission in Japan, two members joined Riki Suzuki, in Seoul, South Korea for add-on Sales Calls on March 3rd and 4th. The team met with 21 key travel trade contacts from South Korea. Also a round table media interview was organized with 5 Travel Trade Media resulted with a San Diego articles from each of them.

Riki Suzuki attended the Active America China Summit in Fort Worth, Texas where he had 14 one-to-one meetings with tour operators based in all over China.

Travel Trade Director, Benjamin Eastman, attended 3 shows in Scandinavia prior to the ITB Tradeshow.  The Swanson’s Travel and FDM Consumer Days were both great opportunities to meet and speak with thousands of residents of Denmark and Sweden to encourage them to include San Diego in their California vacation plans.

In mid-March, Benjamin Eastman attended the ITB Tradeshow in Berlin, Germany. As a participating DMO partner in the Visit California booth he was able to meet one-on-one with some of the region’s top tour operators, airlines and media partners. 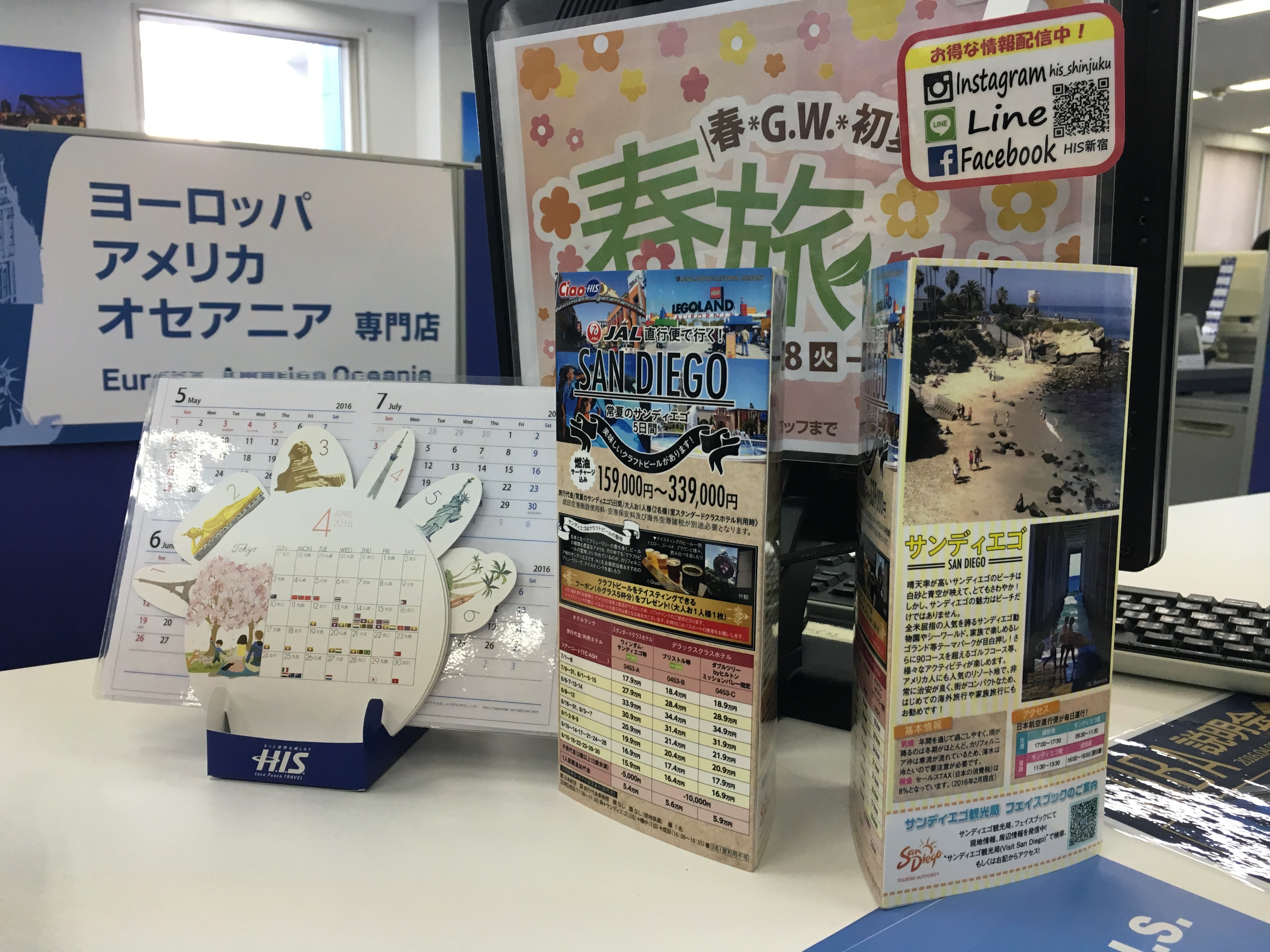 Following the ITB Tradeshow, Benjamin Eastman participated in Visit California’s France Sales Days with events in both Lyon and Paris. In total Benjamin saw several hundred French Product Managers and travel agents over the 2-day program and work to educate and 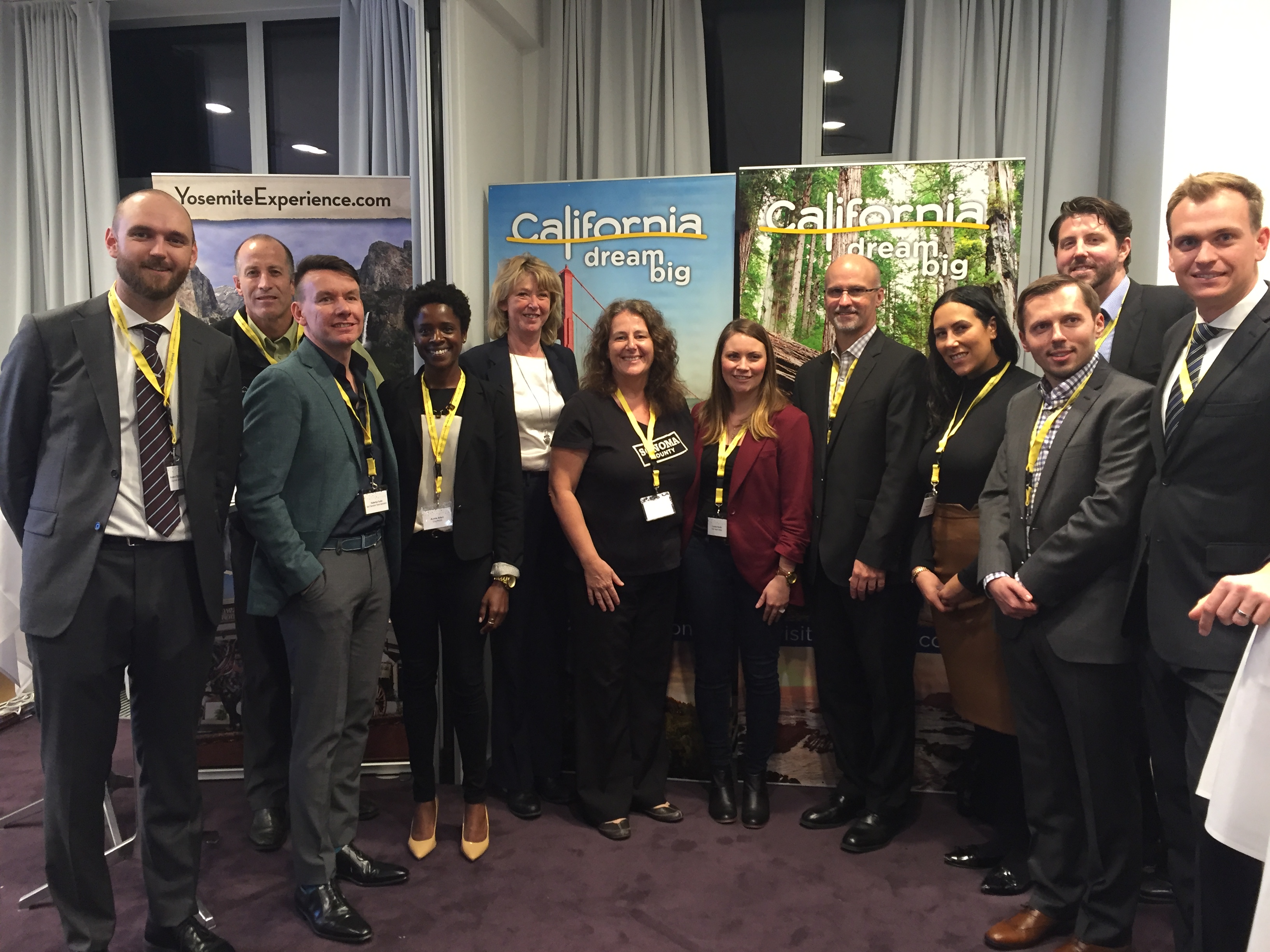 Albert Navarro joined Visit California at the World Travel Market Latin America in Sao Paulo, Brazil to promote San Diego. Held in conjunction with the Brazilian Tour Operator Association Business Event, Albert was able to meet with major tour operators from Brazil and also various other parts of Latin America.  Over 1,200 buyers were in attendance and he had the chance to share the latest on San Diego and with this key market.