Below are some of the sales & marketing highlights from various departments during the month of February 2016.

Web traffic for January included 455,826 user sessions between the desktop and mobile websites and we posted a total of 109 Tweets, 87 Facebook posts, 48 Google+ Posts and 19 Instagram posts through our social channels, 9 blogs, and distributed 5 consumer emails. 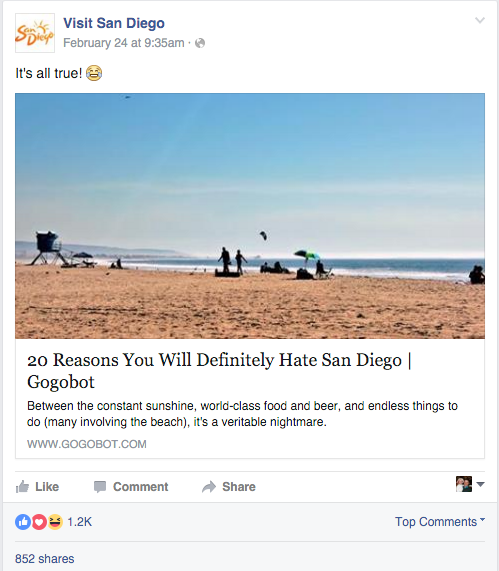 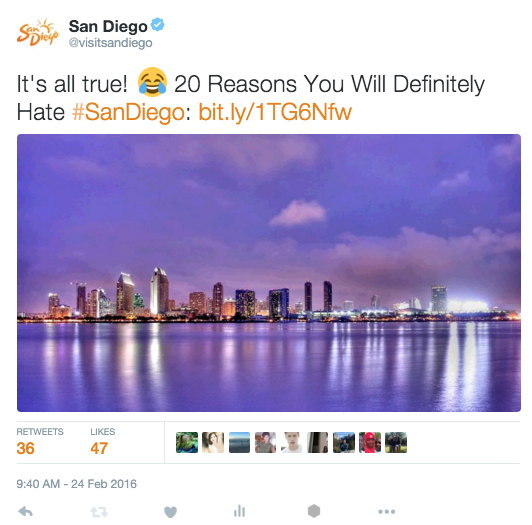 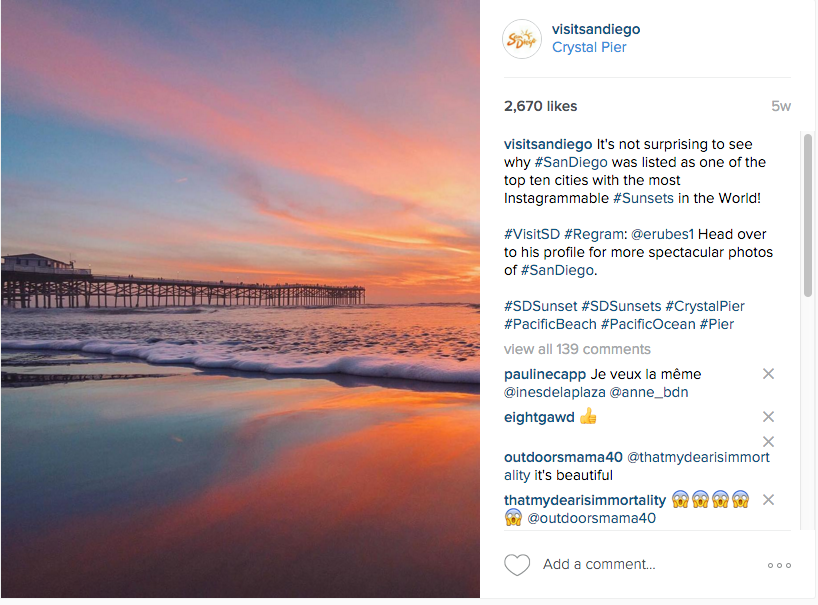 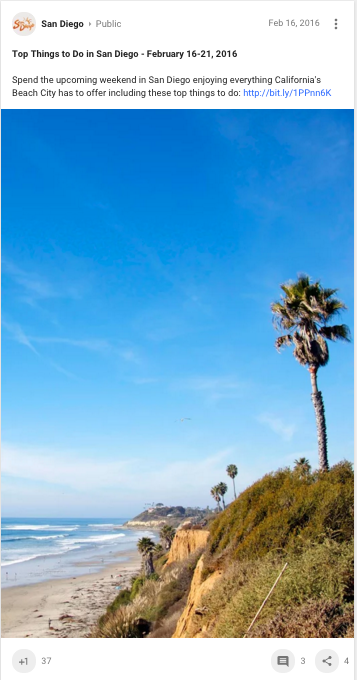 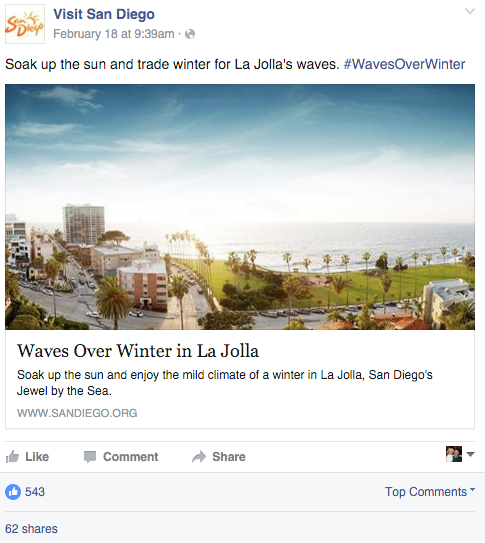 There were five B2B LinkedIn posts reaching our professional audience. Posts included articles about our big win at VisitCalifornia’s Poppy Awards, an congratulations announcement to our Member/Partners who achieved ranking on the Forbes 5-star list, a link to Smart Meetings article including San Diego as a hot city for meetings and more. LinkedIn grew by 1.5% from last month to 4,661 followers. 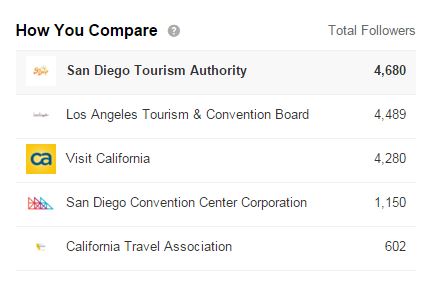 @SDTAConnect Twitter base grew by 2.2% from last month to 2,296 followers. There were 45 tweets during the month.

This month, the tweet with the most exposure (3,519 impressions) was a promotion of a new Amgen TOC bike race video showcasing the San Diego route. This tweet also received the most engagement.

REVENUE DEVELOPMENT
The SDTA signed Coastal Limited to represent the organization to potential licensing and merchandise partners. Coastal has a track record of helping brands and celebrities capitalize on their assets through licensing programs. Coastal recently worked with Member Everyday California on a lucrative deal in 2015 to license their brand. Coastal has also worked out deals for celebrities like NBA star Dwight Howard on licensed product lines.

The SDTA entered into event partnership agreements with Will Ferrell’s Best Coast Beer Festival and the Sabor Latin Food Festival as part of the venture with ticket software partner TicketSauce. More major partners are currently being courted, with contracts coming in March.

AD SALES
The team had a very busy month, booking over $300,000 in advertising sales contracts. Ad sales is 89% to goal, and on track to finish ahead of the $1 million goal.

We’re happy to welcome these new members in the month of January.

The Hotel Meetings Sales Team converted 45 bookings, generating 16,441 Room Nights in the month of February, up 3% to February of last year.

Jennifer Hicks, National Sales Director, and three hotel partners hosted a client event in Raleigh at the Bridge Club where attendees learned about San Diego: A Smart City, and received continuing education credits through a presentation on leadership.

The Travel Trade team hosted their annual LA VIP Client Dinner in Marina del Rey on February 17th. In total, 16 top receptive and tour operator clients attended and 19 members participated. The evening was an excellent opportunity to network with these top producing clients and discuss up-and-coming events and projects slated to occur in San Diego in the coming year.

SDTA hosted the 3rd annual Asian Client Luncheon & Seminar in Arcadia in February 17th. Over 40 Chinese and Japanese clients based in Los Angeles area attended the event. 22 SDTA members had an opportuni

ty to showcase their products in trade show format and network with the clients during the luncheon. Also, Riki Suzuki, Travel Trade Development Manager gave a destination presentation during the luncheon to update the operators with the new information of San Diego.

Riki Suzuki, Travel Trade Development Manager, attended the Go West Summit in Anchorage, Alaska from 23rd to 25th of February. Riki met one-on-one with over 45 trade partners from all over the world and discuss how to promote San Diego and also provide the information of the destination.