Below are some of the sales & marketing highlights from various departments during the month of October 2015.

Special events in October focused on Kids Free, which drove 184,330 page views to related content and Halloween activities which drove close to 50,000 page views in our digital portfolio.

In October, we posted a total of 139 Tweets, 51 Facebook posts, 39 Google+ posts and 15 Instagram posts through our social channels, 15 blogs, distributed 6 consumer emails. 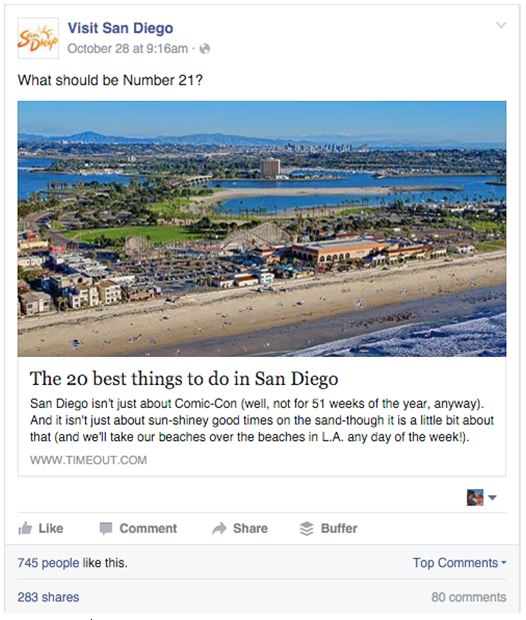 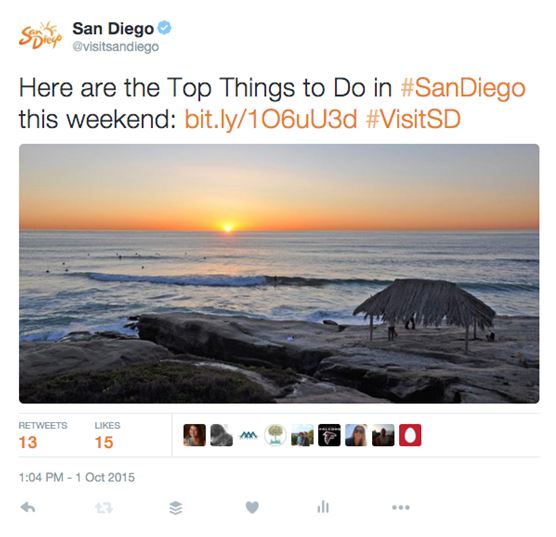 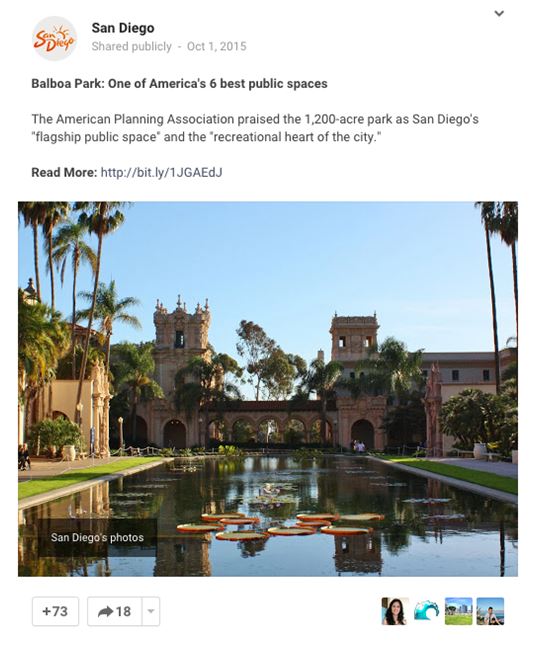 Web traffic for October included 507,054 user sessions between the desktop and mobile sites.

In October, we ran luxury and value pay-per-click on Google generating 95,081 impressions and 989 clicks for a total spend of $5,687. Overall traffic to the luxury and value pages on Sandiego.org was 924 visitors. The social media team, in partnership with Casual Fridays, shared 12 pieces of User Generated Content on Facebook & Instagram, and published a series of posts in the La Jolla Playground series through Facebook, Google+, Twitter and Instagram. 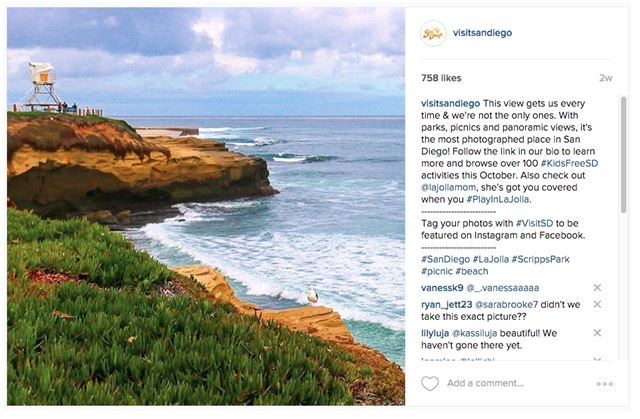 EMAIL: The September B2B Postcard was delivered to approximately 6,400 meeting planners and highlighted an audio podcast between SDTA Site Manager Nur Kitmitto and DMAI host Terri Roberts. The open rate for the B2B Postcard was 16.6%, which represents over 1042 meeting planners. This newsletter was a different format than the standard monthly newsletter and earned a 3% higher click through rate. 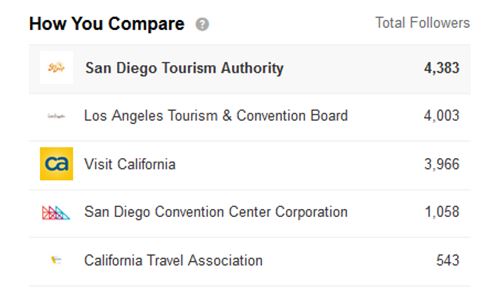 TWITTER: @SDTAConnect Twitter base grew by 6.3% from last month to 2,049 followers. There were 81 tweets during the month.

The tweet with the most exposure (4,376 impressions) was an exclusive video of NBA legend Bill Walton bicycling along Harbor Drive with a view of the San Diego skyline with a group of cyclists after the Amgen Tour of California announcement. https://twitter.com/sdtaconnect/status/657272320302514176/video/1 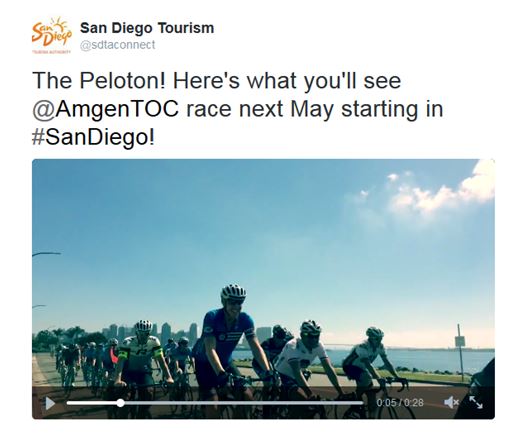 The tweet with the most engagement (137) was a birthday wish to the US Navy tagging SDTA Member USS Midway. 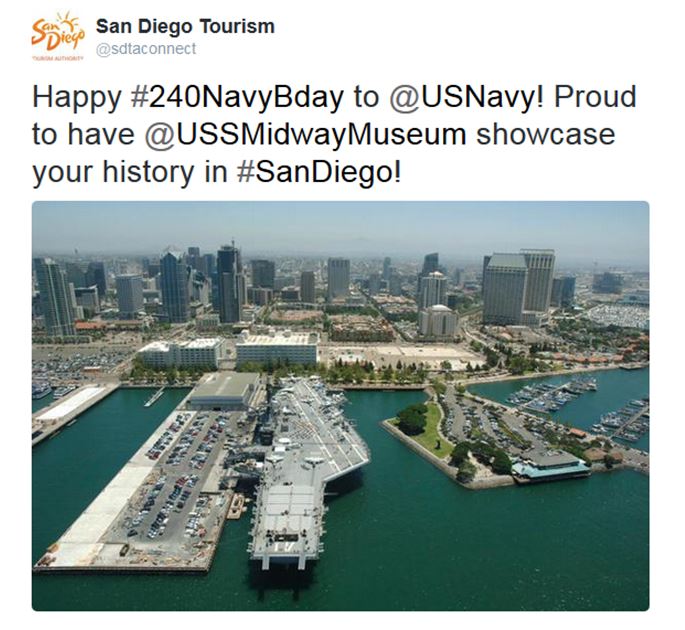 SDTA completed its destination-wide Kids Free October promotion. The campaign, which began August 24 in the Los Angeles and Phoenix markets, included a television station partnership with NBC and Univision in Los Angeles; and CBS, CH3 and Univision in Phoenix; as well as display advertising on Conversant, Viacom, Facebook, and Twitter. Kids Free spend for October totaled $21,166.66 and delivered 3,130,644 gross impressions.

The Sub-region Affluent and Value print campaign continued in October with print ads in Departures, Self and Coastal Living. Total sub-region spend for October totaled $118,921 and delivered 5,915,305 impressions.

San Diego Tourism Authority launched its international brand campaign in Canada with TV spots running on CARAT; digital video running on CTV and BrightRoll; digital display units running on Sojern, Yahoo, and TripAdvisor; a social media campaign with video ads on Facebook; and SEM through Google. Total spend for the month of September was $282,743.76 (including serving costs of $1,357.24) and total impressions was 47,443,027.

The Marketing Partnerships Ad Sales Team was hard at work on early renewals for the 2016-17 Official Meeting Planner Guide and contracted $182,000 for the next edition.

The SDTA signed a contract with TicketSauce, a local company that offers a white-label event ticketing solution. The event ticketing platform is an opportunity to add new private source revenue though a ticket fee-revenue share model.

The SDTA is currently working with several event owners to explore utilizing the SDTA’s white-label ticketing platform and booking engine solutions in exchange for the SDTA’s marketing support for deeper collaboration and revenue growth.

We’re happy to welcome the following new members in October. 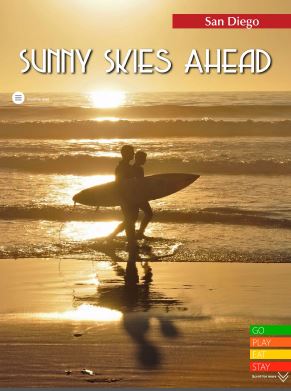 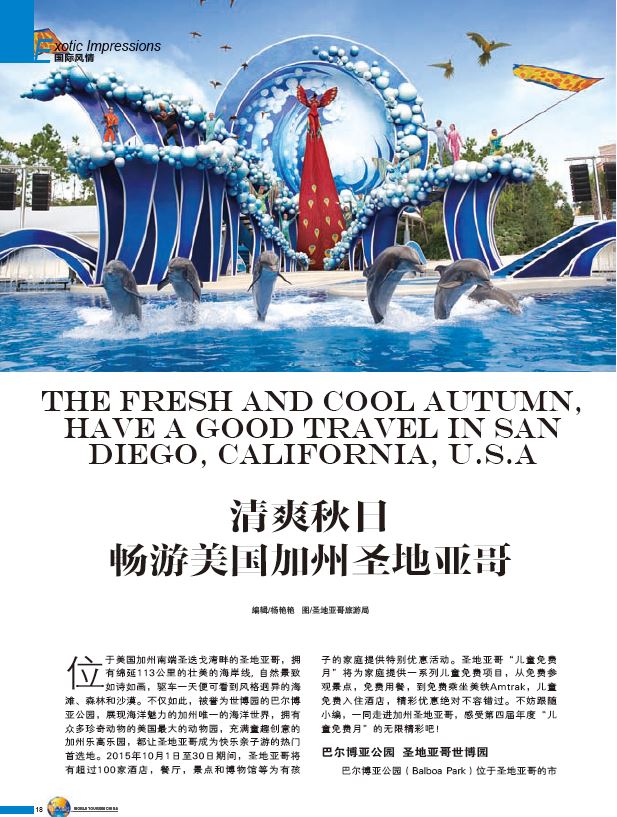 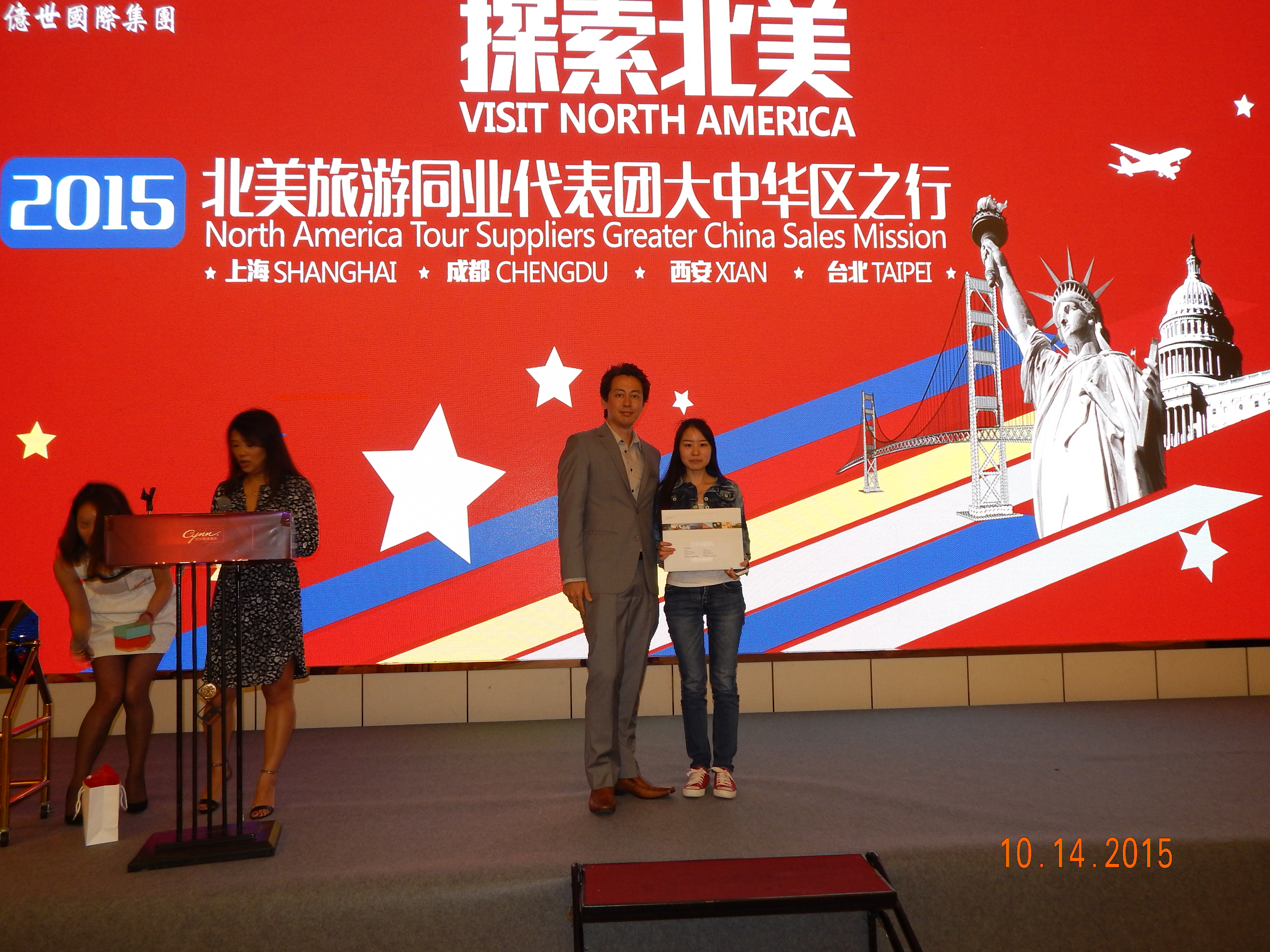