Hot off the buzz from National Geographic Channel’s World’s Smart Cities: San Diego documentary, San Diego continues to be a beacon of innovation for the rest of the world. The Intelligent Community Forum (ICF) named the top 21 Smart Communities for 2016 and San Diego is one of only two U.S. cities among the nominees. With this nomination, our city advances to be in contention for the esteemed designation of Intelligent Community of the Year in June 2016.

“We are very excited to name 11 new communities from North America, Europe and Asia to this year’s Smart21,” said ICF co-founder Robert Bell.  “We streamlined our selection process this year, increasing the quantitative portion of the data-gathering and analysis, and that has created opportunities for more cities and counties to be included in consideration for this prestigious group of Smart21 Communities.”

San Diego, along with Marlborough, Massachusetts, are the two U.S. cities competing with communities in Canada, Taiwan, Australia, Germany, The Netherlands, New Zealand and Sweden.  The ICF nominations are based on six intelligent community indicators which provide a conceptual framework for understanding the factors that determine a community’s competitiveness and success in the broader community. 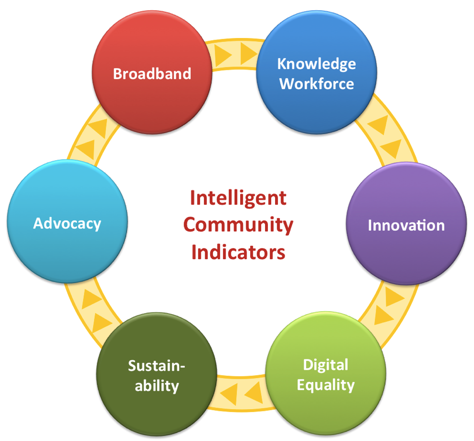 More detailed data will be accumulated through an extensive questionnaire and evaluated by an independent research firm. The seven highest-scoring cities will be named Top7 Intelligent Communities of the Year in February 2016. By June 2016, the 2016 Intelligent Community of the Year will be announced in Columbus, Ohio to succeed that city as the new top world city.

More info on the Intelligent Community Forum can be found online.