It’s been a busy month for the STDA sales and marketing teams. From sales missions to new digital campaigns, the team is in the midst of an active summer season. Below are some of the sales and marketing highlights from various departments during the month.

Top special events in June that were a focus of marketing efforts to visitors included San Diego County Fair, Miramar Air Show, Father’s Day and promotions leading up to 4th of July weekend.

Web traffic included 606,388 visitors between the desktop and mobile sites in June.

The Sub Region Marketing plan featured the Spring to San Diego Sweepstakes, which included 57 dedicated posts across Facebook, Instagram, Twitter and Google) and two dedicated emails. Using an industry-leading sweepstakes collection system (Woobox) we saw 61,369 visit, 15,268 entries and 4,324 shares. Entries also had the option of opting in to our email subscriber database for future communication.

June concluded the Mr. Positivity brand digital video content program, with spend of $94,354 delivering an additional 3.3 million impressions for the buy. Overall, total spend for the Mr. Positivity program which was in market April – June was $311,000 and included the Chicago in-market activation and paid distribution of video content across premium video partners (Hulu, NBC Universal), video network partners (Brightroll and Trueview) and via social (Facebook and Twitter). In total the program delivered 23.1 million impressions.

LinkedIn continues to be a strong presence for us with a 2.67% growth over last month, reaching 3,960 followers.  We continue to take a leading presence in Southern California: 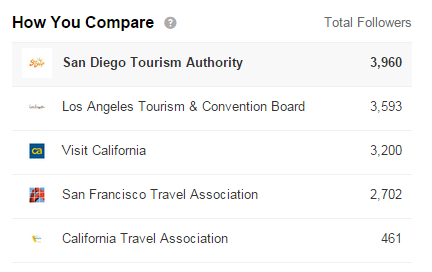 We’re happy to welcome the following new members in June.

Melinda Smith, Director of Incentive Sales, partnered with Kristen Hoffman from Destination Concepts, Inc. to represent San Diego at Collaborate Marketplace in Orlando. Melinda’s meetings with 40+ clients will ensure many booking opportunities in the future.

In the first year under a new business model, “FINDING NEMO” (New Exciting Meeting Opportunities), the group sales team has achieved 101.6% of goal. This model focuses on finding new business opportunities for the San Diego region. 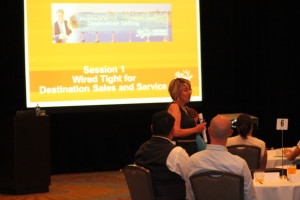 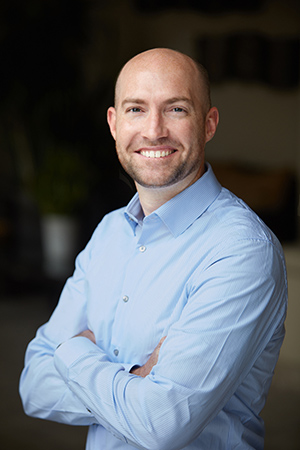 Jarrod has a long tenure in the tourism and hospitality industry, specifically in the Southern California market. He began in operations at Newport Beach Marriott Hotel and transitioned to sales roles in Anaheim and San Diego. Jarrod was promoted to Area Sales and Marketing leader for Marriott International in Los Angeles, where he was responsible for nine hotel’s sales and revenue strategies and a sales team of 25.

In 2013, Jarrod led the sales efforts for the Long Beach Area CVB, where he oversaw citywide and single-property sales initiatives. 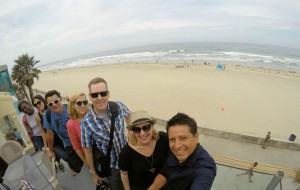 PR Manager Edna Gutierrez joined the Travel Trade team at IPW in Orlando, where they participated in the conference’s media marketplace. PR Manager Robert Arends closed out a strong year of sub-region public relations efforts with a media familiarization tour (FAM) highlighting the offerings of Mission Bay. The “Make a Splash on Mission Bay” FAM included five media outlets from across the U.S. and Mexico.

The PR team had a record-setting year for earned media. Press coverage of the destination for FY15 totaled more than $30 million in advertising equivalency, with 50 percent of coverage coming from media outlets outside of the U.S. Impressions generated for the region also reached record levels, with more than 9 billion impressions for FY15.

Travel Trade Development Manager, Albert Navarro, conducted sales calls in Mexico City and Guadalajara to visit 12 top tour operators and discuss promotion of San Diego. He also participated with Visit California at the ARLAG tradeshow in Guadalajara which was attended by over 1,000 agents from all over Mexico.

SDTA hosted a luncheon for Japanese Tour Operators Association aka Agent Kai in Torrance CA. Riki Suzuki, Travel Trade Development Manager, had an opportunity to give a presentation to provide new tour ideas and updated information about San Diego to 23 top Japanese tour operators based in LA area.