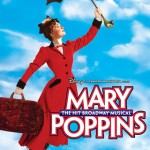 Broadway/San Diego, A Nederlander Presentation, is part of the nationally recognized Nederlander Producing Company of America and one of the country’s largest and most experienced operators of live theater. Broadway/San Diego made its original debut as the “San Diego Playgoers” in 1976, after presenting Equus at the Spreckels Theatre in Downtown San Diego. For several years, San Diego Playgoers presented shows at the Fox Theatre (now Copley Symphony Hall) and the Spreckels, before establishing a permanent home at the San Diego Civic Theatre in 1986, with occasional presentations at the other venues.

Founded by David T. Nederlander in 1912, the Nederlander Organization is currently in its third generation of theatre development, ownership, management and production under the guidance of James M. Nederlander. In 2001, San Diego Playgoers celebrated 25 years of presenting the Best of Broadway by becoming Broadway/San Diego, and announced its largest season to date. In its 33-year history, Broadway/San Diego has presented over 303 shows and events, including the record-setting blockbusters The Phantom Of The Opera, Miss Saigon, The Producers (in its West Coast Premiere), Les Miserables, Disney’s The Lion King and Wicked.

Now playing, AUGUST 10-21, 2011: MARY POPPINS is bringing its own brand of Broadway magic to the Civic Theatre.  Variety raves,  “This is the rare touring production that over-delivers on every level!” Featuring the irresistible story and unforgettable songs from one of the most popular Disney films of all time, plus brand-new breathtaking dance numbers and spectacular stage-craft, MARY POPPINS is everything you could ever want in a hit Broadway show!  So get swept up in the fun of this high-flying musical the New York Post gives 4 out of 4 stars and calls “a perfect piece of musical theater.”

Better yet, ConVis members get 41% off. Get your tickets today:  http://www.sandiego.org/coupon/Members/1030.