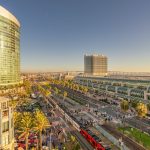 Earlier this week a California Superior Court judge ruled that Measure C, which would provide funds to expand and modernize the San Diego Convention Center as well address homelessness and repair roads, needed a two-thirds vote to pass and not a simple majority, as the City of San Diego had argued. The San Diego city attorney and the Yes on C campaign have pledged to … END_OF_DOCUMENT_TOKEN_TO_BE_REPLACED 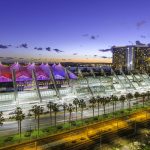