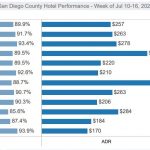 Following the ESRI convention during the week of July 10 – 16, the San Diego Convention Center welcomed back another marquee event, Comic-Con International, during the week of July 17 – 23. Group occupancy among upscale+ properties averaged 37.3% for the week and climbed as high as 48.8% on Thursday night, which marked the start of the event. Group room night demand was roughly … END_OF_DOCUMENT_TOKEN_TO_BE_REPLACED

The San Diego Convention Center welcomed back one of its largest events last week, ESRI, with an estimated 30,000 blocked room nights spread over four nights. As a result, Group occupancy among upscale+ properties averaged 33.2% for the week with an ADR of $276. Compared to the same week in 2019, group demand was roughly 15,000 room nights stronger this year with an average … END_OF_DOCUMENT_TOKEN_TO_BE_REPLACED 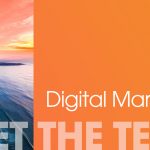 The San Diego Tourism Authority is a sales and marketing organization whose main objective is to promote and market San Diego as a preferred vacation and meetings destination. The Digital Marketing team educates and inspires travelers and meeting planners through SDTA’s owned digital channels by crafting and sharing compelling stories of San Diego, highlighting SDTA … END_OF_DOCUMENT_TOKEN_TO_BE_REPLACED 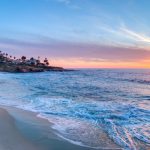 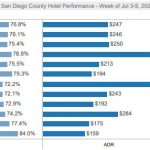 Hotel room demand continues to follow historic seasonal patterns for this time of year. San Diego remains highly competitive, with the second-highest occupancy, ADR, and RevPAR across the Top 25 markets and ranking first among the western competitive set for the week spanning July 3rd to 9th.For the week that included the 4th of July holiday, San Diego properties sold a total … END_OF_DOCUMENT_TOKEN_TO_BE_REPLACED